Borussia Dortmund - Slavia
Goals: 10. Sancho, 61. Brandt - 44. Souček
Radio
Slavia lost 1-2 in Dortmund in a game full of chances and great saves by both goalkeepers.
Five minutes Reus appeared I front of an open net after a sharp cross from the left side but two Slavia defenders around him managed to block his effort on time. Three minutes later Slavia got into their first chance after Stanciu’s beautiful cross found Olayinka behind Borussia defence, but the Nigerian forward was denied by Bürki with his header.

But 10 minutes into the game Borussia already scored. Reus latched onto a clever through pass between Slavia defenders, passed the ball to his left and Jadon Sancho had an easy task to open the score. 1-0.

After 16 minutes the hosts were close to their second but Ondřej Kolář performed great save against Reus and blocked his effort with his right foot. On the other side Masopust sent backward pass to Stanciu and his cross shot was deflected by Bürki next to his right post.

But Borussia kept creating chances after Slavia mistakes. In 23rd minute Takács lost the ball in the middle and Reus could proceed alone on Kolář again, but our goalkeeper managed to block his shot again with another great save.

After half an hour Slavia created two big chances. Bürki couldn’t hold the ball after Stanciu’s corner and Takács fired half a meter over the crossbar, a minute later Škoda deflected long ball with the tip of his boot but Bürki reached the ball again.

Slavia were close in 34th minute when Stanciu found Masopust on the brink of the box and his shot was deflected by one of the defenders, but Bürki lifted the ball with his fingertips aver the crossbar.

Slavia thus had to wait for their equalizer till 43rd minute. Milan Škoda latched onto a through pass from the right side, passed the ball quickly to Tomáš Souček and our midfielder fired it through Bürki.

In the second half both teams couldn’t create bigger chances and the second Borussia goal came out of nowhere in 61st minute. Sancho got enough space on the left side, passed the ball to Julian Brandt and he squeezed it between Kolář and near post.

But after 70th minute Slavia were close to equalizer again! Coufal could fire from the right side but opted for a cross which did not find any of his teammates. Shortly afterwards Souček fired from outside the box, but Bürki blocked the ball on corner. After a long cross Kúdela appeared unattended on the far post but headed the ball wide in front of an open net.

Complication for BVB came after 77 minutes when Julian Weigel was sent off following second yellow card and Dortmund were down to ten men. Slavia could punish it right away, but Yusuf’s header came from offside position.

After 81 minutes Dortmund create another chance after Slavia loss on the right side, but Sancho decided for a backward pass to hazard and his low shot was eliminated by Kolář. Slavia pressed Dortmund in last 10 minutes and created several promising opportunities but failed to score much desired equalizer.

The red and whites thus finish on 4th place in “group of death” with Dortmund, Inter and Barcelona. 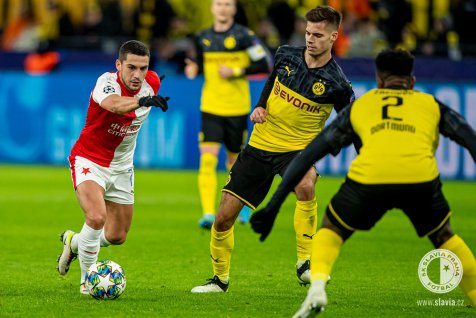 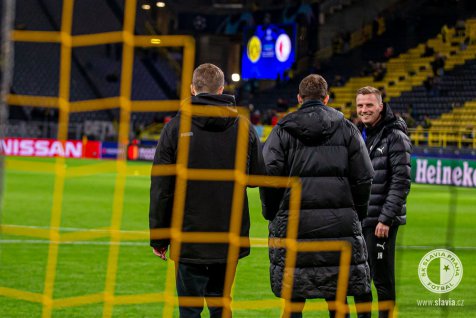 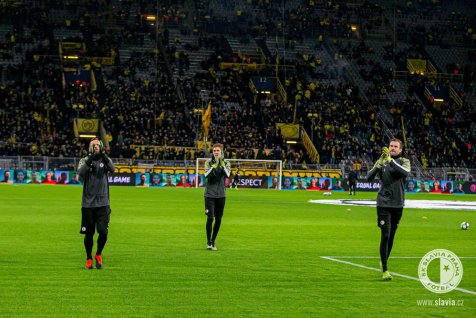 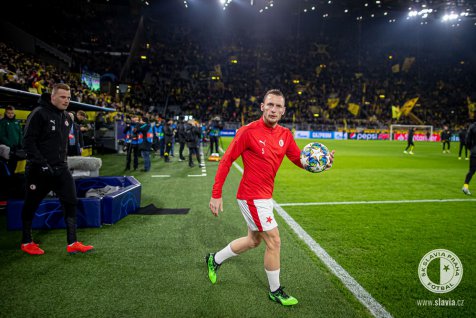 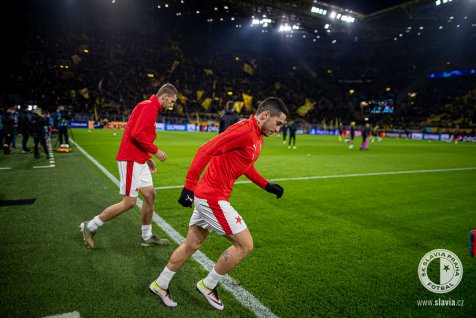 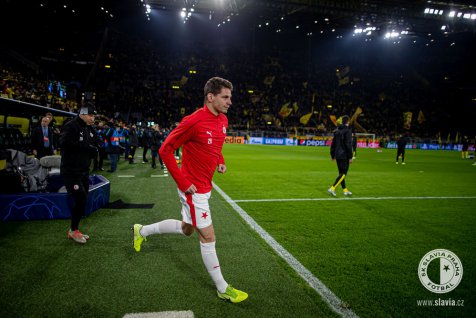