Jablonec - Slavia
Goals: 87. Krob - 31. Schranz, 84. Tecl
Radio
Stanislav Tecl was the match-winner as Slavia defeated Jablonec 2-1.
Manager Jindřich Trpišovský made seven changes to his starting line-up compared to the last match against Feyenoord. Kolář started in goal, Kúdela and Jurásek were new in defence, Hromada, Fila and Plavšić reinforced the midfield and Tecl replaced Sor as a striker. The first opportunity for the Red-whites came after 12 minutes. Stanislav Tecl sent a cross from right side to the penalty area and if Srdjan Plavšić could reach the ball the action would probably end as a goal, but the Serbian winger missed lacked few inches to reach the ball. Jablonec create their first big chance in the 24th minute when Kratochvíl received the ball in the box and sent an effort on goal which was blocked by one of Slavia defenders. Five minutes later Surzyn’s long range shot from a free kick missed Slavia goal. In an equal game the Red-Whites finally took lead after 31 minutes. Goalkeeper Jan Hanuš rushed out of his goal outside the penalty area but lost the ball after a bad first touch, Ivan Schranz was the first to take it and sent the ball into the open net. 1-0. Jablonec put pressure on Slavia’s defence in the following minutes and the home side created several promising opportunities to tie the game, but none of them succeeded until the break. Second half did not bring much football joy and the fans had to wait almost 20 minutes for bigger chances. After 63 minutes Tecl set up Schranz with a nice through pass, but the Slovak forward let the ball too far and Jablonec goalkeeper rushed out of his goal to clear it. Three minutes later Jurásek fired from outside the box, but his volley missed the left post. In the 75th minute first dangerous moment in front of Kolář came when Krob’s free kick found Kadlec’s head, but Slavia goalkeeper dived to his left and managed to save the header. The Red-Whites finally managed to double their lead in the 84th minute. After a long throw-in Taloverov headed the ball behind himself and Stanislav Tecl could celebrate after a close-range header. Only three minutes later, however, Jan Krob latched onto a long pass on the left side, cut inside, wet past two Slavia defenders and sent the ball into the top left corner of Slavia goal to make it 1-2. In a heated finish of the game Slavia managed to keep the narrow lead and defeated Jablonec 2-1. The Red-Whites remain on top of the league table one point ahead of Viktoria Plzeň. 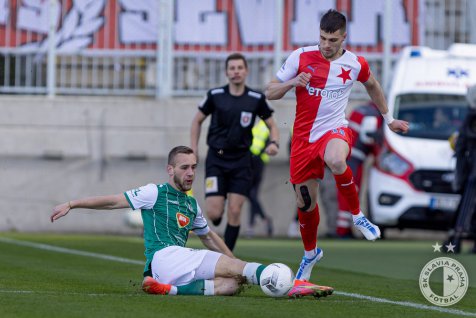 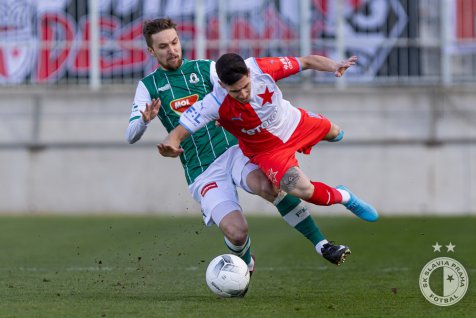 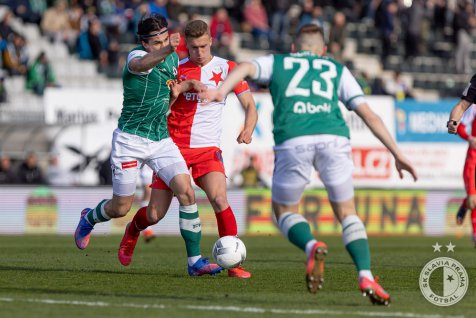 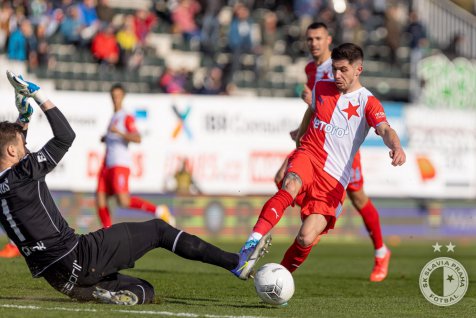 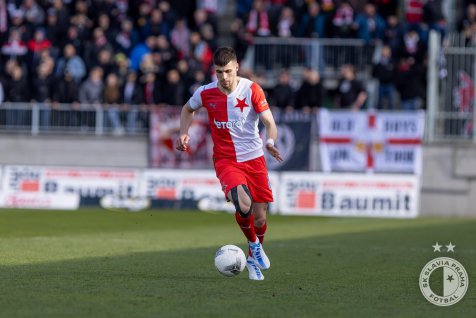 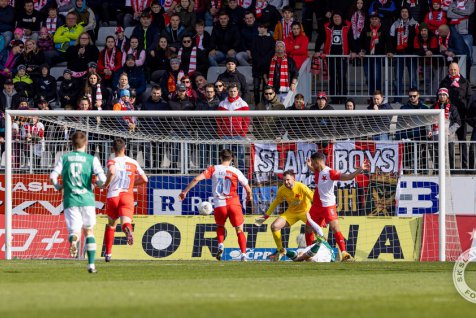 Tomáš Holeš spoke to media before the opening game of UECL 3rd qualifying round.
More
A team 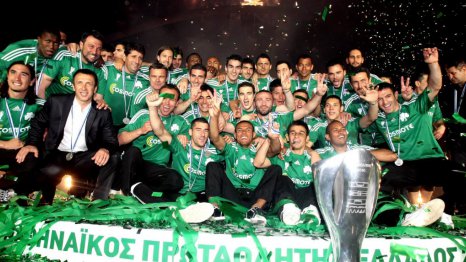 What a ride it was! 🌪Can’t wait to see you again on Sunday! 😎
twitter

💬 "I am really happy about my first goal in Fortuna Arena. It was a big dream for me to score it here," says Moses Usor after the win against...
twitter

There is nothing like home games! 🏟️🏰 Thank you, again! 👏👏👏 #slapao