Sparta - Slavia
Goals: 19. Souček (pen.), 55. vlastní, 89. Masopust
Radio
Slavia dominated in 294th Prague Derby. Souček opened the score from penalty in the opening half, Olayinka and Masopust added two more in the second.
Slavia made only one change in compare to the Champions league match against Inter on Tuesday. Ibrahim Traoré who suffered injury in Milan was replaced by striker Stanislav Tecl and Slavia started with 4-1-4-1 tactical.

First opportunity for Slavia came after 15 minutes when Stanciu sent a nice pass to Coufal on the right side, he moved with the ball to the centre of the pitch and fired from behind the box, but his low effort missed the right post.

After an equal beginning the red-whites took lead on 19th minute. After a cross by Stanciu, Souček was tackled inside the box by Frýdek and converted from the spot himself sending the ball on his right hand. 1-0.

Just a minute later Slavia could double their lead by Olayinka who appeared face-to-face to Sparta keeper Heča, but missed the right post with his volley.

Sparta could not get into any serious chance till 39th minute. After a blocked cross the ball rebounded to Martn Frýdek who fired it from the brink of the box but Kolář managed to block his low shot aimed to the bottom left corner.

In the last five minutes of the opening half Slavia got into several promising opportunities, but it was Sparta who could equalize in the added time. Hašek headed the ball after a long cross and Kolář had to show his class against the lobbed ball.

After the break Slavia started to set the pace of the game and was rewarded on 54th minute. After a period of pressure, the ball rebounded to Peter Olayinka, our midfielder fired it on the goal and from Michal Sáček’s back the ball ended in the net. 2-0.

Complication for Slavia came after 63 minutes. After a flagged offside for Sparta Hušbauer attempted to steal the ball from Tetteh and run into Sparta forward which referee awarded with second yellow card.

But Sparta did not manage to use their one-man advantage. On 77th minute Plavšič sent firm shot from the left side, but Kolář managed to block his attempt. After 81 minutes numbers on the pitch equalled when Tetteh came late into a duel with Hovorka and Sparta were sent to ten men too.

On 86th minute Plavšič went alone on Kolář in the biggest Sparta opportunity of the second half, but our goalkeeper showed another perfect save to keep his 7th clean sheet in 8 league games.

And it was eventually Slavia who managed to add third at the end. On 89th minute Olayinka led the counter-attack, passed to Lukáš Masopust on Sparta Half and our midfielder lobbed the ball beautifully over Heča from behind the box. 3-0.

Slavia thus defeated Sparta 3-0 on their own stadium and remain unbeaten in Prague Derby since March 2016! The red-whites remain top of the league, 3 points ahead of Viktoria Plzeň and 12 points ahead of Sparta. Slavia have 8 wins and 2 draws in 10 league rounds, scored 22 goals and conceded only 2. 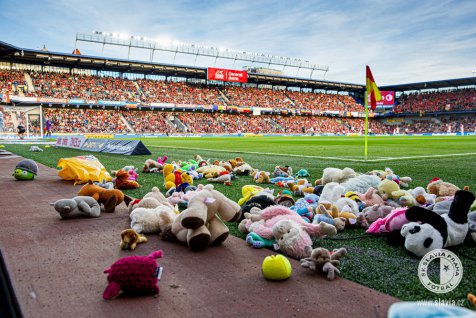 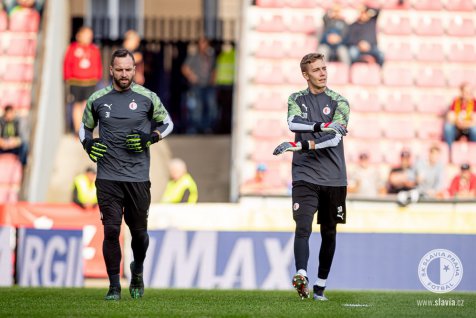 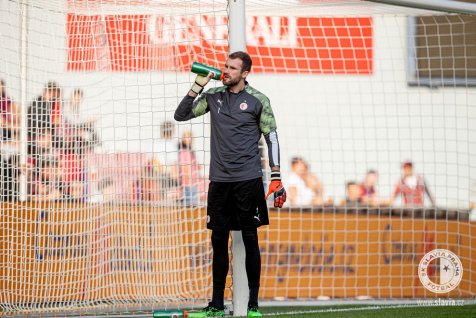 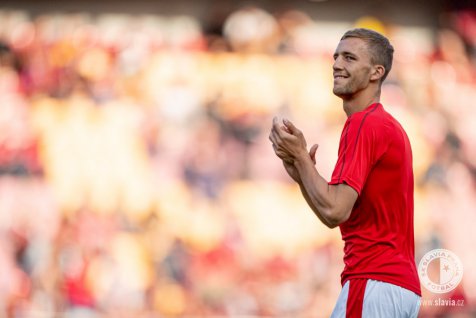 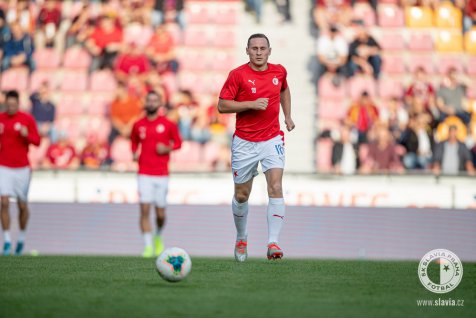 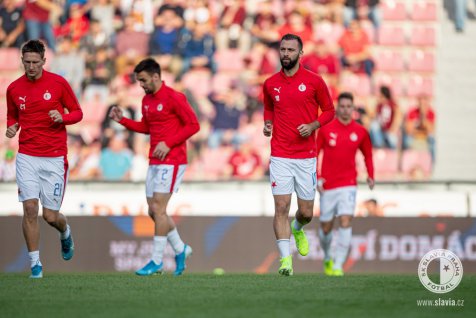