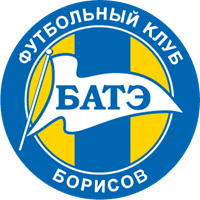 BATE Borisov - Slavia
Online
BARYSAW – Slavia have qualified for the UEFA Champions League play-off! The sewn-ones conceded a quick goal in BATE stadium, but Milan Škoda equalised at the end of the first half. Bate managed to take the lead once more, but the 1-2 defeat was enough for Slavia. Thanks to 1-0 home victory the club secured its spot in 2017/18 European cups.
Not to concede – that was one of the main goals for Slavia when travelling to Barysaw for the second leg – perished just after 5 minutes. Gordeichuk sent his cross behind our defence, Signevich was faster than Deli and headed the ball over Laštůvka who run out of the penalty area in an attempt to clear the ball.

Three minutes later Slavia could equalise but Danny was denied by Scherbitski with his long-range effort and after the corner kick Frydrych headed the ball over the crossbar.

On the other side Ivanič showed a perfect skill and created a good position with his dribbling inside the penalty area but his curled shot missed the far post.

Slavia equalised one minute before the whistle. At minute 44 Danny took the corner kick, Milan Škoda found a space inside the penalty area and headed the ball towards the far post.

But the favourable 1-1 result did not last long. Just one minute into the second half Laštůvka blocked Gordejchuk’s effort, our defence did not manage to clear the ball and BATE captain Stasevich fired the ball into the net with his right foot.

The home side was close to qualification again and pressed Slavia for the rest of the game creating several dangerous opportunities. At minute 67 Milunović found himself in front of the goal but missed the target after a cross from the left wing.

On the other side Slavia could equalise again after 70 minutes when Škoda returned Hušbauer’s cross back in front of the goal, but neither Ngadeu, nor Jugas managed to hit the ball in front of an open goal.

The last chance for BATE was Ivanič’ shot from 22 meters which missed the far post by centimetres, but Slavia managed to hold the 1-2 result securing them the spot in Champions League Play-off.

We will expect our next opponent on Friday during the draw in Nyon!

Captain Jan Bořil and right back Vladimír Coufal signed new long-term contracts with the red and whites.
More
A team

Slavia came from behind to defeat MOL Fehervar

Three beautiful goals after the break by Stanciu, Musa and Masopust secured the 3-1 victory over MOL Fehervar.
More

The first team returned to Prague from Austria today after one player tested positive for COVID-19. Both remaining friendly games with @SKSturm and...
twitter

ℹ️ | Another wave of coronavirus testing of players and staff found one positive result. The squad returns to the Czech Republic from...