Slavia - Plzeň
Goals: 69. Ševčík
Radio
Slavia defeated Plzeň 1-0 home and secured their 20th Czech title with 3 games left from the 2019/20 FORTUNA:LIGA.
Ondřej Kúdela returned to starting eleven after one-game break caused by an injury and made another appearance as centre back next to young David Zima. Tomáš Holeš had to be left out from the staring line-up due to his injury from morning training and was replaced by Ibrahim Traoré as defensive midfielder.

Slavia got into their first chance 10 minutes into the game. Nico Stanciu got rid of two players on the left side and found Lukáš Masopust inside the box with his sharp cross, but our midfielder fired his difficult volley over the crossbar.

In 23rd minute Masopust won the ball on the edge of Plzeň box and passed it to Stanciu, but his cross shot missed the right post. Slavia had more possession in the opening half, but Plzeň were dangerous too after quick counter-attacks.

20 minutes later Ibrahim Traoré was tackled two metres from the box and Slavia were given free kick from dangerous position, but Lukáš Provod sent his shot few centimetres from the left post.

Equal game with no big chances after the break was interrupted after 57 minutes when Plzeň defence could not clear the ball on the edge of the box and Jan Bořil could fire from 20 metres, his firm shot ended over the crossbar. Just two minutes later Havel headed on the other side after a set piece, but Kolář made an easy save.

In 63rd minute two Slavia players collided in the middle of the pitch and Plzeň could go into a another counter attack, at its end the ball rebounded to Havel again, but ended over the crossbar.

Slavia took lead after 69 minutes. After a quick counter attack Lukáš Masopust sent precise pass into the box and Petr Ševčík fired his low shot into the bottom right corner.

Slavia then managed to keep Viktoria at bay. The away team managed to get to few chances, but most of the remaining time the game stayed on the centre of the pitch with many fouls and aerial duels.

After 84 minutes Plzeň got into their biggest chance of the game, but Kolář managed to save Mihálik’s header after a back pass by Brabec.

No goals were scored till the end of the game and Slavia thus beated Viktoria Plzeň home 1-0 which means that the red and whites are now 9 points clear with 3 games to go and no one can skip them in league table. The 20th title is ours! 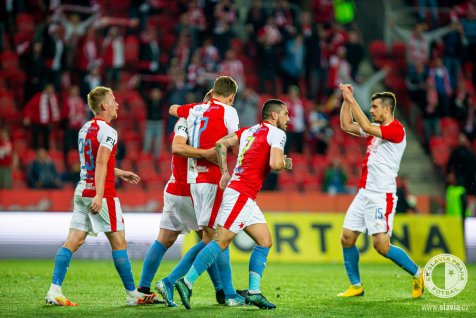 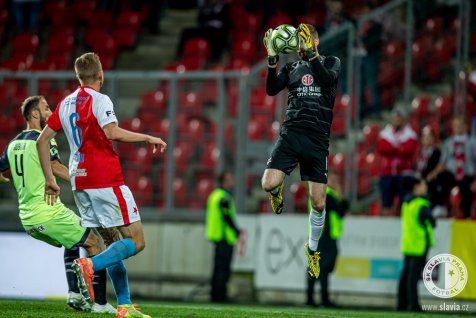 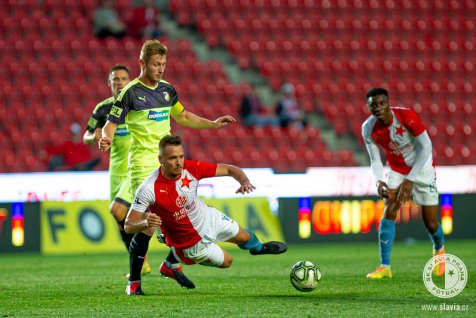 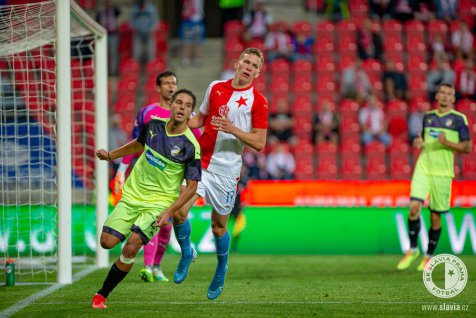 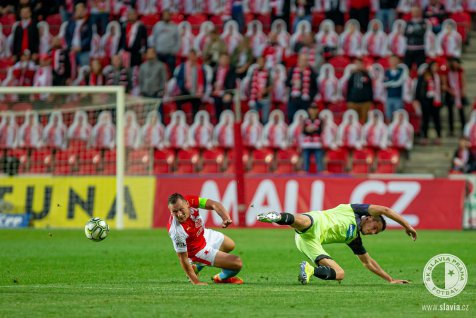 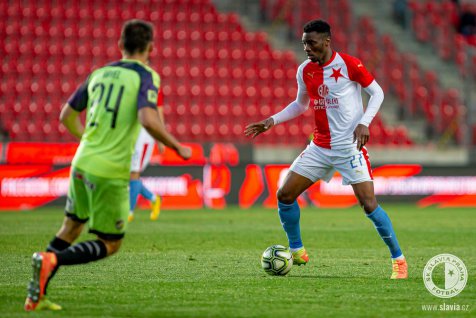