close
CZ CN
On Thursday the Red-Whites will play against Fenerbahce in Istanbul. It will not be our first encounter, even though the last one dates back more than 94 years.

Our last meeting with a club from Turkey took place in 2003 in the UEFA Cup round of 16. The very first one has a “1923” label on it when Slavia made its famous tour through South-eastern Europe which – after stops in Hungary and Romania – ended in Constantinople/Istanbul. 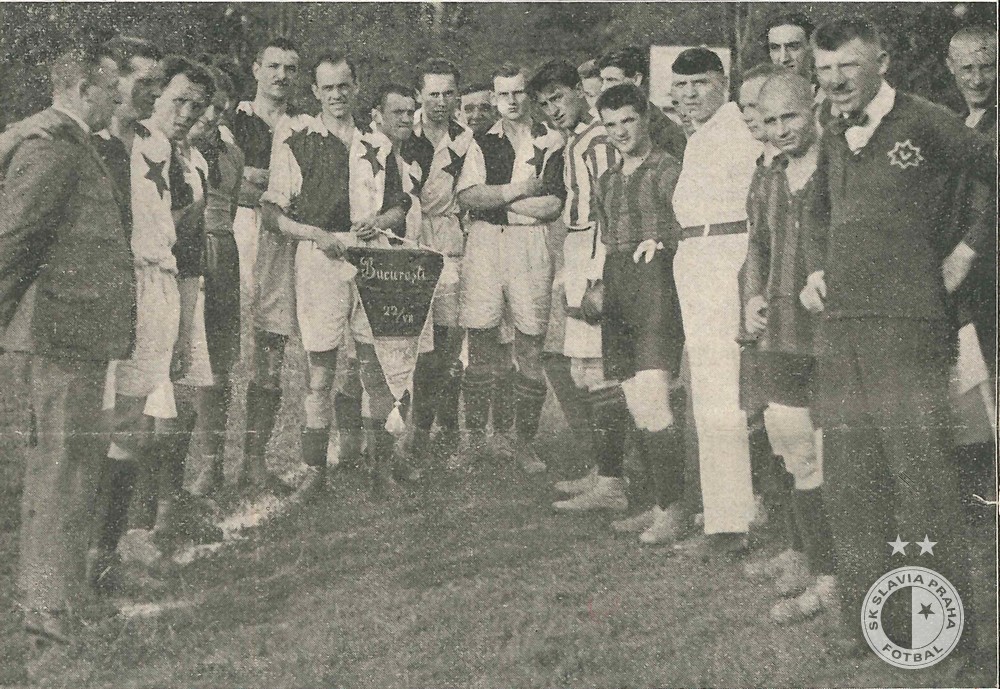 Slavia in Bucharest during the 1923 tour.

On a provisional pitch made on the courtyard of local barracks Slavia defeated Galatasaray and Altinordu both 7-0 before the third game against Fenerbahce on 17 July 1923. The Red-Whites won 10-1 but the spectators were satisfied after celebrating the only goal which our goalkeeper Jaroslav Cháňa conceded.

By the way, goalkeeper Jaroslav Cháňa – who played for Slavia between 1917 and 1923 – was nicknamed şeytan (meaning “the devil”) by Turkish spectators during our stay in Constantinople. The nickname (“šejtan” in Czech) was then used during his entire life. 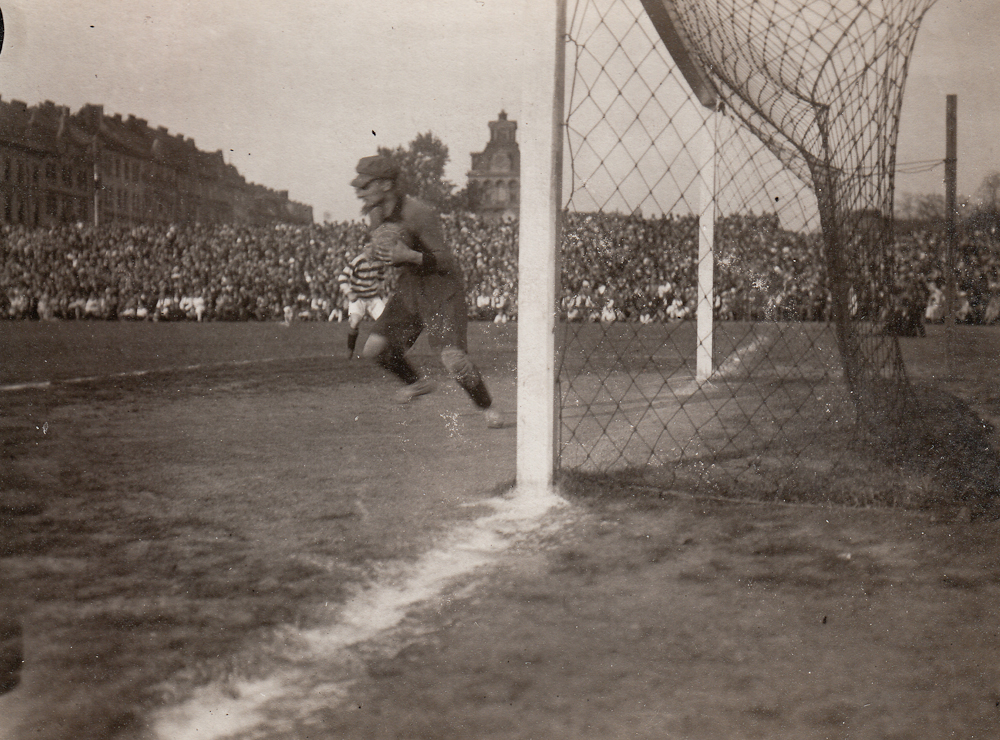 Goalkeeper Jaroslav Cháňa got his nickname şeytan during our 1923 trip to Istanbul.

Only two years later – during another Turkish tour in August 1925 – Slavia defeated Galatasaray 4-0 and Fenerbahce 5-0 before yet another game against team with Turkish “national team” (comprising players selected from more clubs). 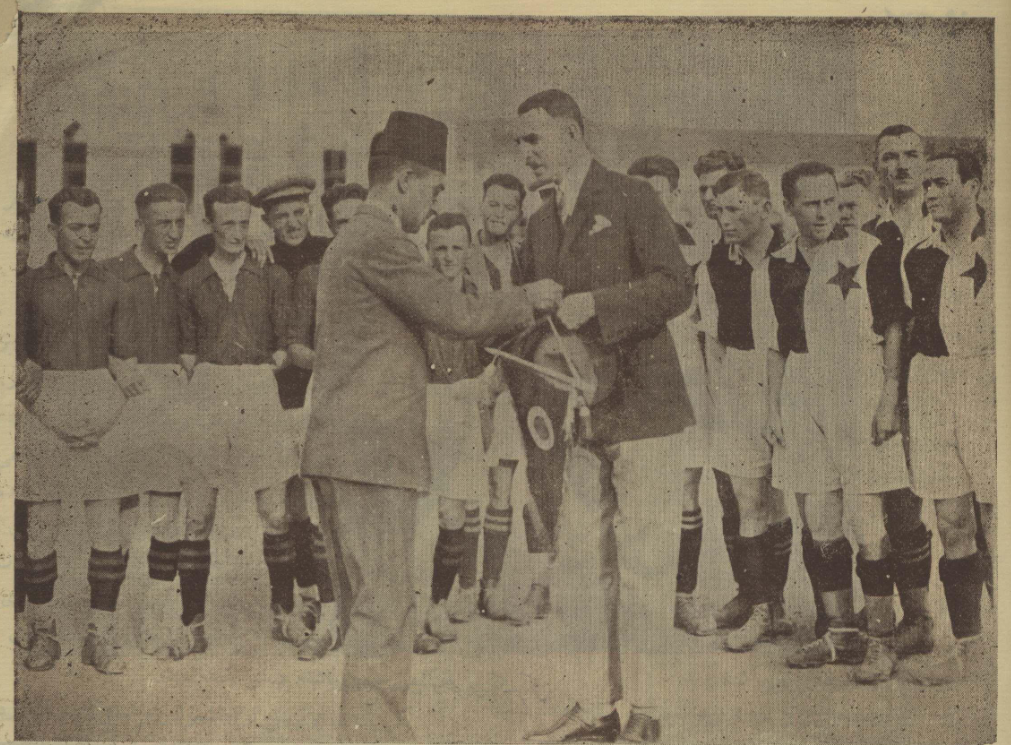 Slavia and Fenerbahce before the game in 1925.

An interesting story is connected to this game which Slavia lost 3-5. An English referee who was invited to attend the game was replaced by a local one at the last minute. The inexperienced Turkish referee disallowed three regular goals for Slavia, on the other side – and even despite the protests of surprised Turkish players – allowed three goals for the home team against the rules including an effort which was clearly off target. 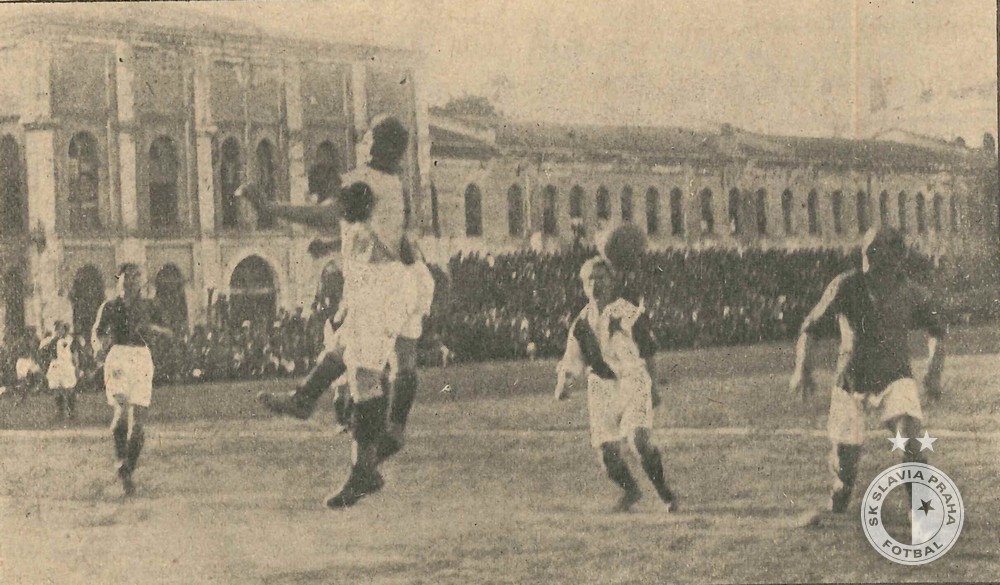 An action from our game against Turkey in Istanbul in 1925.

The highlight of the game came in the final minutes when – after a foul on Slavia player in the opponent’s box – the referee blew for a penalty, but not in favour of Slavia, but in favour of Turkey. The next day the referee’s performance was a big topic even for the local press… 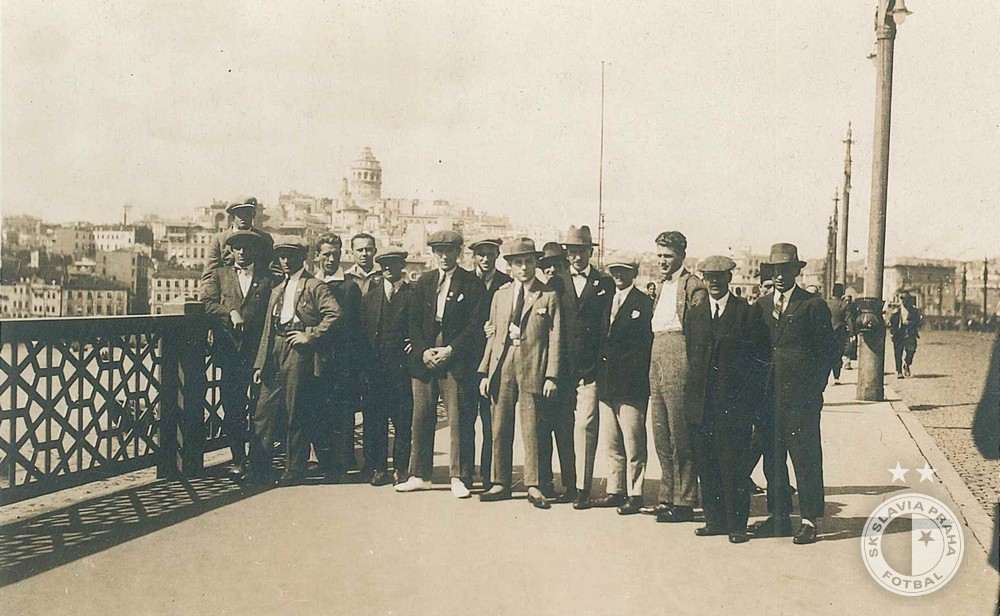 Slavia team in Istanbul during the 1925 tour.

Istanbul became popular destination for Slavia, and it took the club only two years to return for another dose of friendly games. But the game against Fenerbahce on 5 June 1927 brought yet another bizarre story. According to the reports after Fenerbahce goal a player named Bekir left the pitch to celebrate with fans. He was replaced by another player but returned on the pitch and the home team continued with 12 players, ignored by the referee despite Slavia protests.

The Red-Whites then scored an equaliser which was disallowed and recorded thus a 0-1 defeat.

In winter 1931 Slavia played against joint team of Fenerbahce and Galatasaray (2-0) and against national team of Turkey (0-0).

After a long break Slavia returned to Istanbul after 76 years to face Besiktas in the 2002/03 UEFA Cup round of 16. The Red-Whites won the home game 1-0 thanks to a goal by Tomáš Došek. In the second leg in Istanbul Slavia were 2-4 down when Karel Piták scored from distance in the added time, but the 30-metre strike from Pitak´s free-kick was yet again ruled out for offside against Tomáš Hrdlicka in the dying seconds. The decision seemed unjust and Slavia were protesting, but the referee could not revoke his call and Besiktas were through to the quarter-finals. 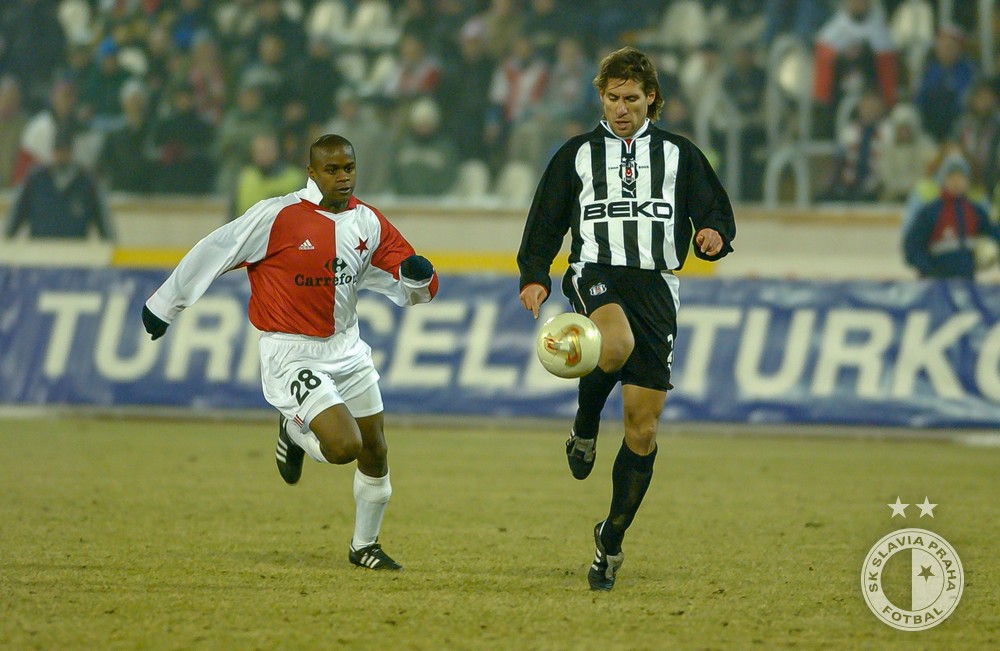 Adauto and Tolga Dogantez in our home game against Besiktas in February 2003.

The Red-Whites start their UECL knockout-stage play-off against Fenerbahce in Istanbul on Thursday, 17 February 2022, at 6:45 CET. The second leg will be played in Prague a week later, on 24 February from 9 pm CET.