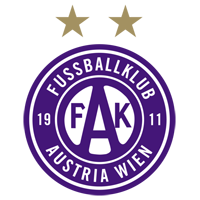 Austria Vídeň - Slavia
Goals: 14. Edomwonyi, 51. Sax – 11. Frydrych , 27. van Buren, 52. Holeš
Tomáš Holeš scored his maiden goal for Slavia to secure a 3-2 victory over Austria Wien.
All three summer reinforcements started from the first minute. Tomáš Holeš on the right back, David Hovorka as a centre-back and Yusuf as a lone striker.

Slavia took lead 11 minutes into the game. Olayinka latched onto a blocked cross, passed it into the box and Michal Frydrych found the back of the net with his header. But Slavia lead did not last long. In 15th minute Edomwonyi equalized after one of Austria’s counter-attacks.

The red-whites set the pace of the game in the opening half and were rewarded in 27th minute. Hušbauer sent a through pass on the right side to Holeš, he returned the ball in front of the goal and Mick van Buren fired it through goalkeeper to regain the lead for Slavia.

Shortly after the break Austria equalized again, this time from penalty in 51st minute awarded after an alleged handplay of Tomáš Holeš who, however, hit the ball clearly with his chest. Maximilian Sax converted from the spot and the game was equal once again.

But just one minute later Tomáš Holeš took the faith of the game in his own hands. Or legs. Following Zelený’s cross from the left wing he fired the ball into the net with keeper Lučić struggling to reach it.

Slavia thus recorded their first win in pre-season defeating Austria Wien 3-2. Next game will be the Czecho-Slovak Supercup in Trnava on Saturday 6 July. 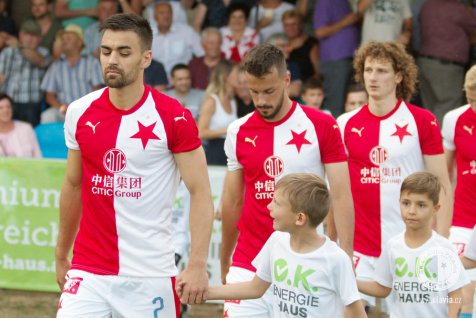 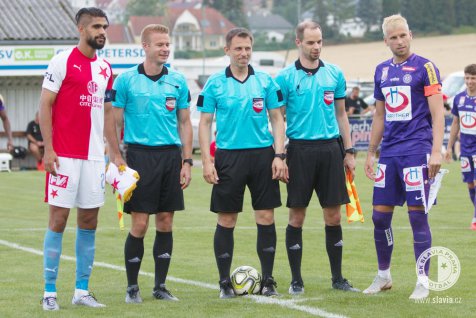 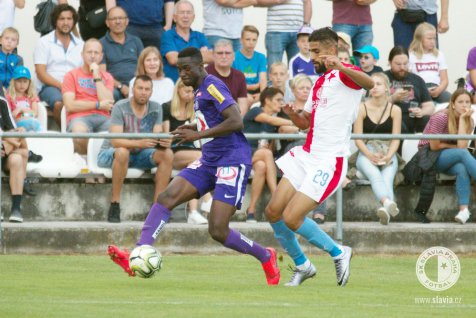 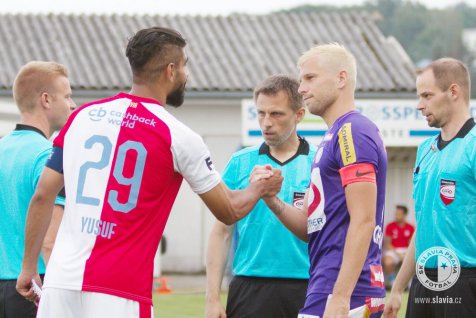 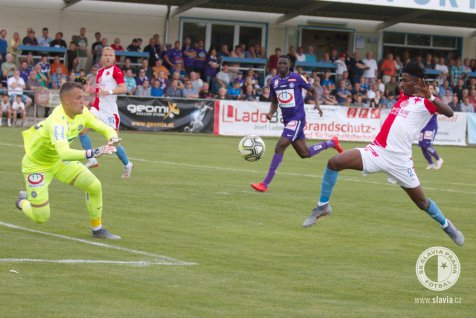 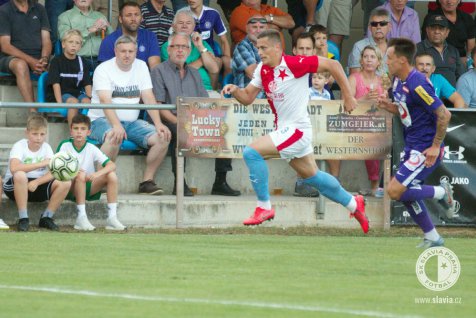