Slavia - Hradec Králové
Goals: 7. a 50. Kuchta, 40. Samek, 60. Traoré – 90. Kateřiňák
Radio
Slavia defeated Hradec Králové 4-1 in a game which could have ended up with even more goals for the Red-Whites.
Unlike in the previous games, Jindřich Trpišovský has made only one change in compare to the previous league game when injured Ladislav Takács was replaced by Petr Ševčík. Tomáš Holeš started as centre-back along with Aiham Ousou. Slavia started better and with less than 7 minutes on the clock Jan Kuchta opened the scoring when Hradec goalkeeper Fendrich dropped the ball after a cross from the right side and our forward punished the mistake with his fourth goal of the season. The initial pressure could have ended up with even more goals. Stanciu showed his skills after 14 minutes when he went past two players inside of the box and sent his effort just wide next to the left post. Few minutes earlier Samek set up Kuchta with a superb through pass, but Fendrich managed to block Kuchta’s chip this time. In the 28th minute Nico Stanciu was tackled 4 metres behind the box and his subsequent free kick missed the left post by half a meter. After 37 minutes the away team got int their first chance, but Mandous managed to dive to his right and block Soukeník’s shot. With 40 minutes on the Clock Slavia doubled their lead when Ševčík moved the ball to his right to Daniel Samek and our 17-year old midfielder scored his third goal of the season with a touch of the left post. The second half started with another chance for Hradec Králové. Prekop won the ball after a mistake in our build-up, but fired wide. Slavia, however, answered with a superb teamwork on the left side, Kuchta passed the ball to Masopust, he returned it to our striker inside of the box and Jan Kuchta scored his second of the night firing the ball through goalkeeper Vízek who replaced Fendrich at the break. In the 59th minute Kuchta could complete a hat-trick, but Vízek blocked his effort after two quick passes by Schranz and Stanciu. Ten minutes later Novotný had another good chance for Hradec, but he sent his volley over the crossbar after a long cross from the right wing. Just a few seconds later, Ibrahim Traoré and Ondřej Lingr came on the pitch, and the first one added fourth of the night with his very first touch of the ball. Alexandre Bah deflected a cross from the right wing, the ball fell on the far post and Traoré headed it into the net. Slavia created more chances in the second half, but failed to score, and it was thus Hradec who had the last word. In the 90th minute Jiří Kateřiňák shot from behind the box, Stanislav Tecl slightly deflected the effort with his head and Mandous could not reach it. Slavia thus beat Hradec Králové 4-1 and remain unbeaten in the 2021/22 league season. On Thursday, the Red-Whites play away at Feyenoord in the UEFA Europa Conference League, on Sunday the Prague Derby at Sparta. 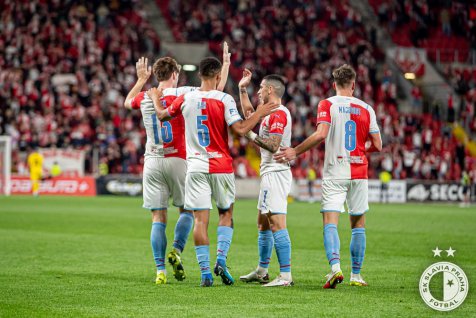 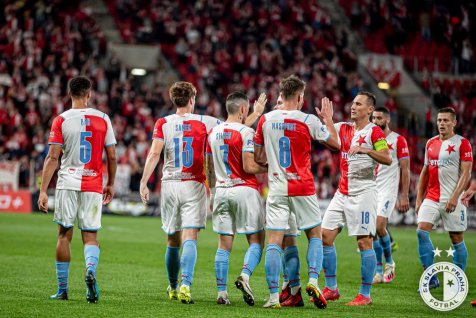 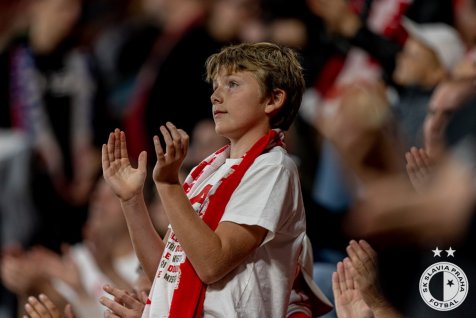 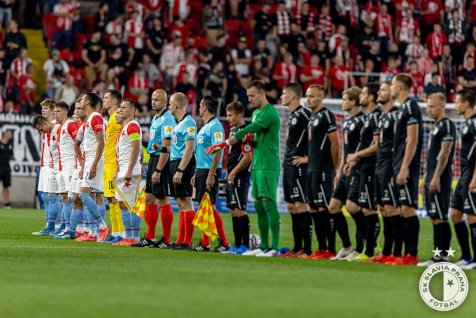 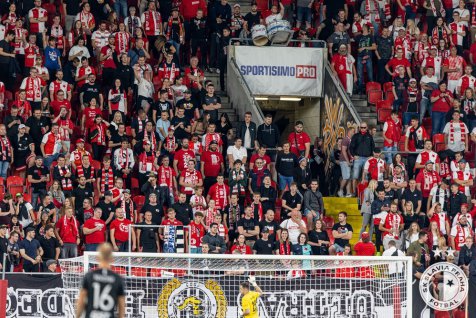 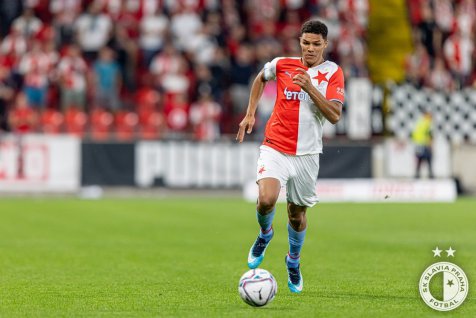