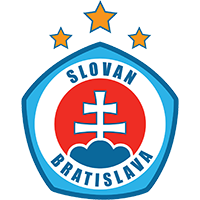 Slovan Bratislava - Slavia
Goals: 24. Moha, 45. Šporar, 69. Dražič – 53. a 60. Souček
Slavia lost 2-3 to Slovan Bratislava in second year of Daučík Cup.
In Bratislava Slavia could use several players returning from national duties – Král, Bořil, Coufal, Souček and Masopust – and it was the teamwork of the last two mentioned which could secure first goal for the red-whites. Souček sent a long cross to Masopust who had enough space to advance on goal, but one of returning Slovan defenders eventually blocked his effort.

Therefore, it was Slovan who scored first. Slavia defence managed to stop the quick counter-attack, but the ball got to Moha after an unsuccessful clearance and Slovan winger opened the score. 1-0.

Just a few minutes later Souček could equalize but his header missed the post. In the last minute of the opening half Slovan doubled their lead when Šporar latched onto a through pass and fired the ball through Kolář. 2-0.

New reinforcement David Hovorka then replaced Alex Král in the centre of our defence and Slavia improved their performance. After 53 minutes Zmrhal sent a firm cross into the box and Tomáš Souček finally found the back of the net with his head. 2-1.

Few minutes later new man on the pitch Hovorka headed the ball from similar position but Slovan goalkeeper saved his team with perfect flying save. Slavia thus had to wait till the 59th minute when Ševčík sent another good cross from the corner and Tomáš Souček scored his second of the night. 2-2.

But the hosts had the last word anyway when Dražič fired the ball through Kolář after a counter-attack on 69th minute. 3-2.

Slavia than put pressure on Slovan but could not score against well-defending hosts. The second year of Daučík Cup thus belong to Slovan again after a narrow 3-2 victory on the brand new Tehelné pole stadium. 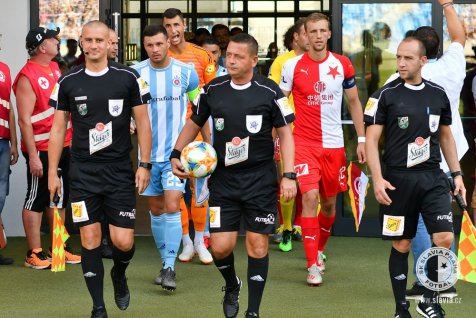 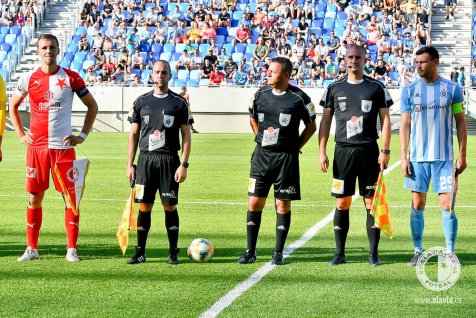 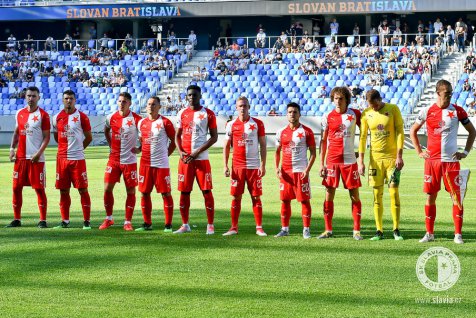 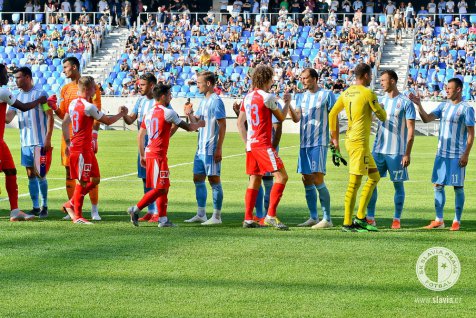 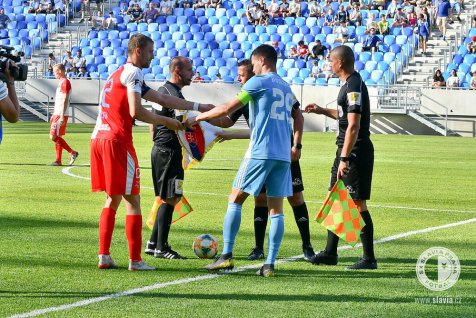 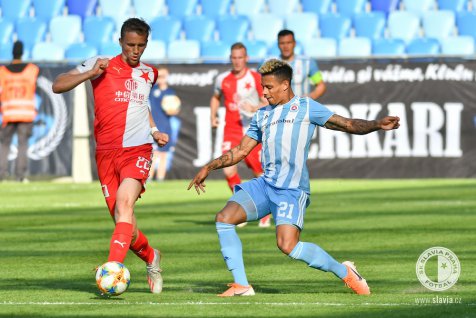