Slavia created more opportunities in the opening half, but more than 18 thousand spectators at Sinobo saw tough and equal game. After 28 minutes Souček was sending cross from right wing, but Baník defence blocked on corner right in front of Olayinka inside the box.

On 33rd minute Coufal fired from the right side but missed the far post and Tecl couldn’t reach the ball to deflect it into the net. Slavia thus didn’t manage to break the deadlock till 43rd minute when Olayinka won the ball on the left side, passed it to Ševčík and Tomáš Souček fired his cross through Budínský from 10 metres.

The second half was thus exact opposite of the first one and Slavia dominated from the very first minute. Just 2 minutes after the break Olayinka headed the ball in but referee interrupted Slavia celebrations due to Olayinka’s narrow offside.

On 48th minute Souček and Tecl launched beautiful combination on the brink of the box and our captain could score his second, but Baník keeper Budinský managed to block his shot. Two minutes later Coufal fired from sharp angle but sent the ball over the crossbar.

Slavia thus had to wait till 52nd minute and it was Tomáš Souček again who doubled our lead with his header after Olayinka’s blocked shot. Three minutes later Stanciu created good shooting position for Tecl with his backheel, but our forward fired wide.

Souček could complete his hat-trick on 61st minute with a penalty after Jirásek’s tackle on Tecl, but Budinský guessed the right direction and punched the ball away. On top of that, Baník went down to ten men when referee showed Jirásek straight red following the penalty-triggering foul.

But despite the missed penalty Souček had other opportunities to score his third. At minute 68 his curled shot was blocked by Budinský only to Stanislav Tecl and he sent the ball through Baník goalkeeper to make it 3-0. It was his first goal in 2019/20 league season.

On 71st minute Baník created one of their few opportunities from counter-attack, but new man in Slavia line-up Laco Takács managed to block Reiter’s dangerous effort from inside the box.

Petr Ševčík then scored fourth of the night when he latched onto long cross by Hušbauer, Budinský managed to block his initial header but remained helpless against the rebound. For Ševčík too it was his first goal in 2019/20 season and first ever league goal in red & white.

Slavia thus returned Baník the 0-2 loss from Czech cup on Wednesday and after 15 games remain on top of the league at least 9 points ahead of Viktoria Plzeň. On Sunday the Red Whites travel to Barcelona for their fourth game in Champions League Group F. 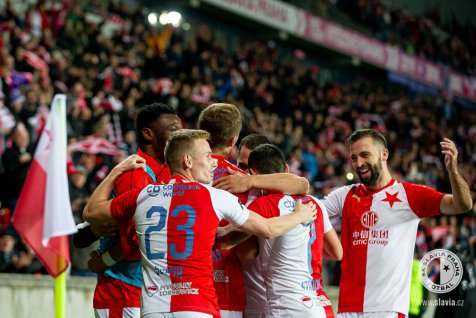 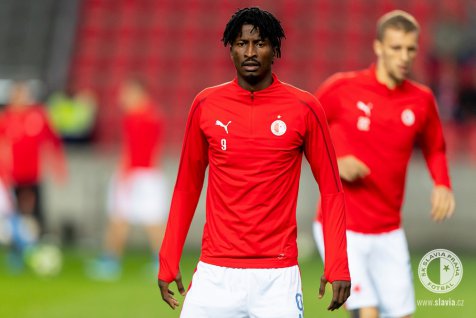 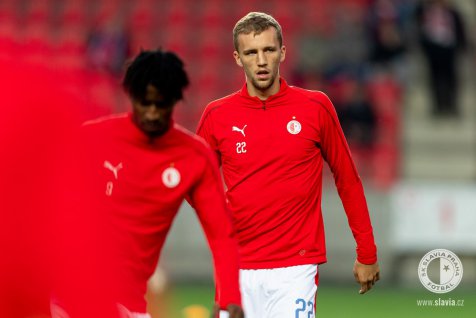 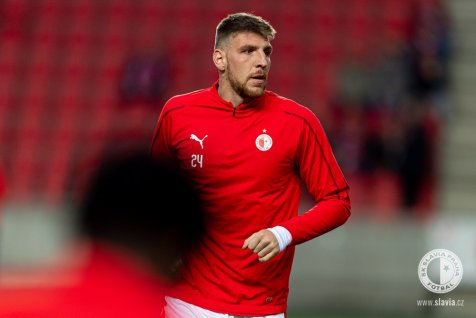 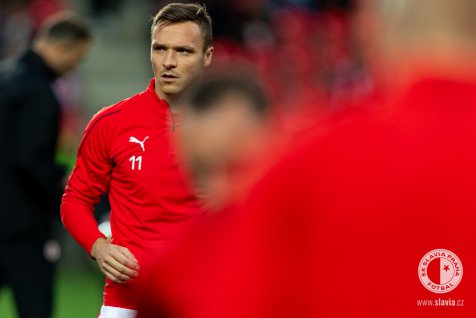 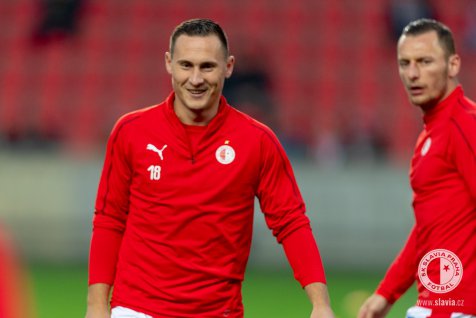