Slavia started the game with a total of seven changes from their 2-0 win against Mladá Boleslav on Sunday, with eighteen years old right-winger Filip Horský getting his first chance in the starting line-up.

Slavia did not start off on the right foot and before most of the players had even touched the ball, Zlín‘s Daniel Tkáč found himself completely alone in front of Mandous and safely placed the ball in the bottom left corner. With not even a full minute on the clock, Zlín went 1:0 up.

The early goal did not shake Slavia’s morale and the Red-whites started pressuring Zlín’s defence. Samek’s corner in the 9th minute was cleared by the defenders for a throw-in near the corner flag.

Slavia kept pushing for a second and came really close in the 30th minute after Samek found Ekpai on the right wing with a delightful pass. Ekpai ran the ball into the box and sent a low ball across trying to find one of his team mates. Unfortunately none of the feet with white socks and a star connected with the pass and it stayed 1:1.

Ten minutes later, it was yet another quick combination from the wing that resulted in Horský’s cross rebounding off a defender back to the young debutant who tried his luck with a shot that just missed the far post.

At the brink of half-time, Slavia could have gotten the much deserved goal after Plavšič’s cross from the right hand side found Madsen leaping on the penalty spot. His well placed header looked perfect, but just bounced out off the post and so it finished 1:1 at the break.

Neither of the sides made any changes coming into the second half and it started similarly as the first one ended. Slavia pressured Zlín from the wing areas and one of those attacks ended with a foul on Plavšič just centimeters away from the box. Samek’s freekick from the dangerous position went behind the feet of his teammates and was cleared.

Just a few minutes later, Slavia finally got what they’ve been pushing for. Traoré’s ball from the side rebounded from one Zlín player to another and Madsen was the quickest one to react. He did not hesitate and slotted the ball in the back of the net to make it 2:1 to Slavia with yet another debut goal!

Over the next twenty minutes, the tempo of the game had slowed down a bit and coach Trpišovský made a total of four substitutions, bringing on Kuchta, Holeš, Masopust and Stanciu for Plavšić, Traoré, Lingr and Samek respectively.

In the last chapters of the game, neither side created a clear-cut chance, but it was Slavia that seemed to want it more. In the 87th minute, coach Trpišovský made his final substitution of the night, bringing on Olayinka for goal-scorer Madsen.

Olayinka immediately made his presence known and found himself in a one-on-one with the Teplice goalkeeper Šiška. The Slavia striker kicked the ball around the goalkeeper to get away from him but Šiška brought him down and gave away a penalty. It was Olayinka again who took the penalty on himself and coolly put it in the bottom right corner making it 3:1 in the 90th minute.

After a shaky start and a quick goal for the away side, Slavia dominated the game and completed a comeback in the last home game of the year 2021. This win secures a slot in the Czech MOL Cup quarter finals for the Red-whites where they could face Bohemians, Mladá Boleslav, Hradec Králové, Sparta Prague, Jablonec, Slovácko or Sigma Olomouc. 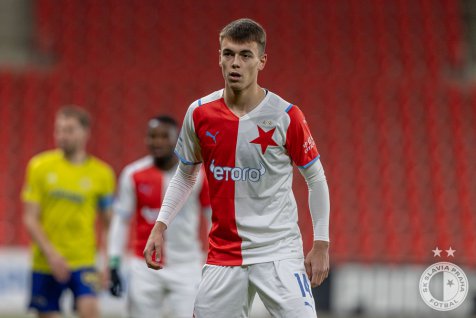 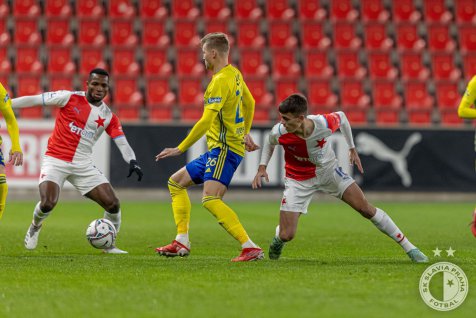 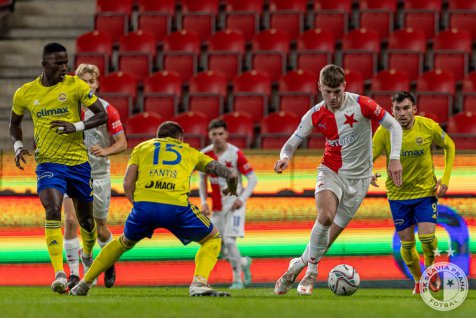 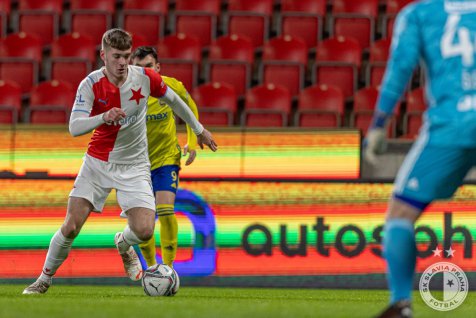 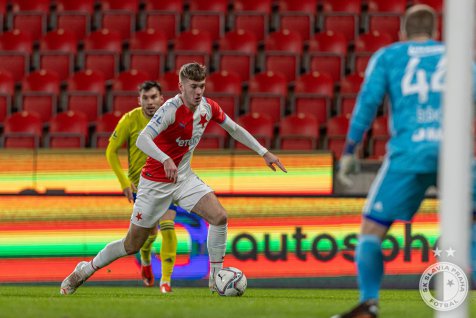 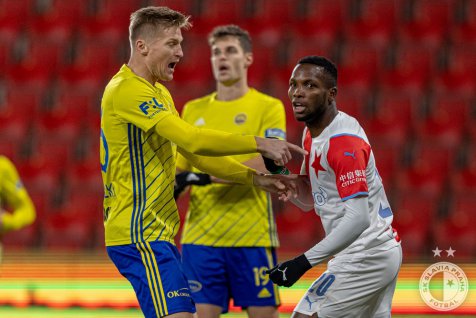