LASK - Slavia
Goals: 36. a 76. Wiesinger, 88. Gruber, 89. Schmidt - 24. Olayinka, 37. Bah, 62. Sor
Radio
Despite the 4-3 away defeat after a crazy game against LASK the Red-Whites are through among top 8 clubs of the UECL.
With six players missing from the European player’s list the boss Jindřich Trpišovský made two changes into the starting line-up compared to the first leg. Ivan Schranz and Ondřej Lingr started in midfield instead of Pudil and Madsen. With 5 minutes on the clock LASK got into the first chance on the right win when Balić got into the box and Mandous had to block his sharp cross-shot. Slavia created their first chance after 21 minutes when Peter Olayinka got into the box from the left wing and found Alexander Bah with a sharp cross, but our full-back sent his header wide in a difficult position. But Slavia managed to open the score just 3 minutes later. Aleš Mandous rushed out of his goal and started a counter-attack which ended with Lingr’s back pass to Peter Olayinka and the Nigerian winger thumped the ball into the top right corner. LASK were heading for an equaliser only a minute later, but Goiginger’s effort ended centimetres next to the right post. On the other Side Yira Sor outrun the home defence after Traoré’s through pass and went past goalkeeper, but one of the defenders managed to block the ball in front of an open net. After 36 minutes the home team managed to equalise. Micharl hit the post from a free kick, the ball rebounded in front of the net and after several rebounds Philipp Wiesinger was the last who touched it before it crossed the goal line. But within a minute Slavia regained lead. Yira Sor outrun two defenders on the left wing and passed the ball along the goalkeeper in front of an open goal where Alexander Bah had an easy job to score. Much less joyful event – however – came in the 42nd minute when Aiham Ousou pulled out Balić, saw his second yellow card and Slavia went down to ten men. Second half started with several efforts from outside of the box on both sides, but no bigger chance appeared until Yira Sor took the ball on the half, went past two LASK defenders again and sent the ball into the net along goalkeeper to make it 3-1. Despite the disadvantage after Ousou’s dismissal Slavia managed to keep LASK at bay until 76th minute when Mandous deflected a cross on woodwork, the ball returned to LASK possession, Philipp Wiesinger tried his luck from distance and his curled shot ended in our goal. Five minutes before the full time Another complication for Slavia came after a red card for Srdjan Plavšić. After a free kick which followed the ball rebounded to Andreas Gruber who fired it through Mandous to equalise. In the 89th minute Alexander Schmidt said the last word of a crazy second half when he went past Holeš on the right side of the box and sent the ball into the net in between Mandous’ legs. Despite the 4-3 defeat and two red cards Slavia got through to the quarter-finals of the UEFA Europa Conference League after a 4-1 win in the first leg. The Red-Whites qualified among the top 8 clubs in a European competition for the third time in last four years. 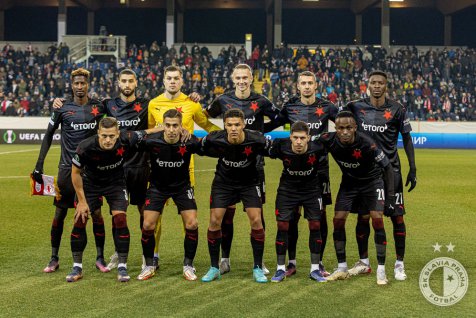 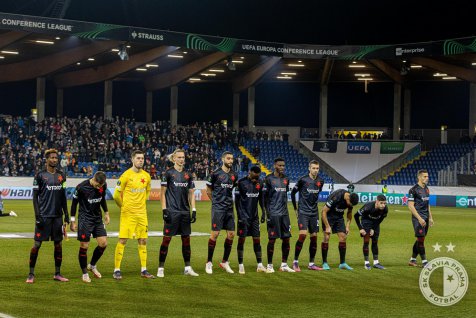 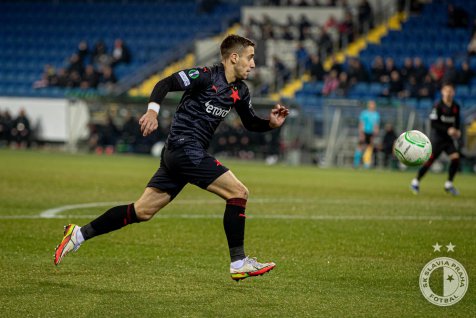 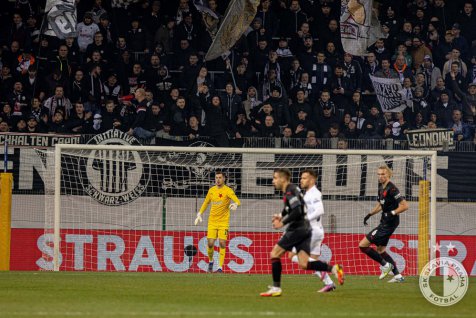 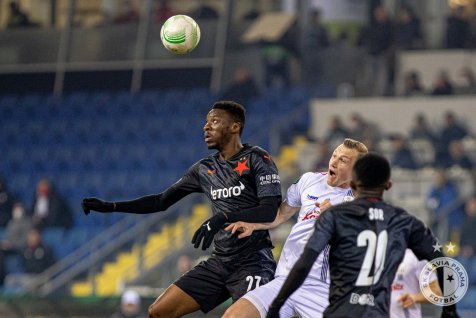 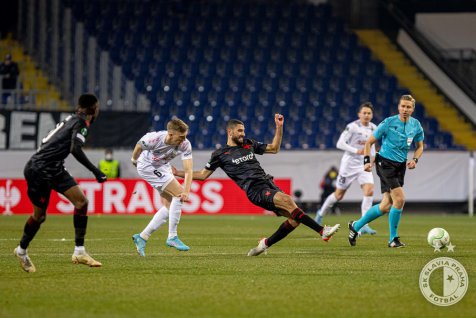