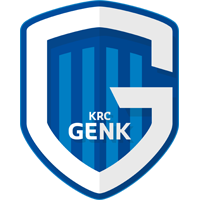 Genk - Slavia
Goals: 10. Trossard - 23. Coufal, 55. Traoré, 64. a 68. Škoda
Radio
Slavia have shown fantastic performance in Genk and qualified for the UEFA Europa League Round of 16! Despite conceding early goal, the red-whites made perfect comeback and won 4-1 afte 0-0 in the first leg.
Slavia won despite being 0-1 down after Kolář' mistake 10 minutes into the game

Captain Milan Škoda scores two in the second half.

Fantastic support from Slavia fans in sold-out away sector!

Král and Traoré in the midfield. In starting XI together with Masopust.

After the 0-0 from the first leg in Prague and 0-2 defeat in Plzeň on Sunday, manager Trpišovský made a surprising cut into the Slavia midfield. Ibrahim Traoré and Lukáš Masopust replaced Ševčík and Stoch, Alex Král was part of starting XI for the first time since his return to Slavia replacing Josef Hušbauer. Simon Deli started as centre back instead of suspended Michael Ngadeu.

Slavia haven’t started well and were one goal down early int the first half. On 10th minute goalkeeper Kolář run out of the box to get the long cross but lost the ball consequently after a weak pass and Leandro Trossard sent the ball into an open net from 20 meters.

But the conceded goal hyped the red-whites up instead of letting them down. Škoda’s header was saved by Vukovic, Souček headed the ball wide just few minutes later. With great support from their sold-out sector Slavia managed to equalize on 23rd minute. Vukovic couldn’t punch away Zmrhal’s cross and Vladimír Coufal headed the ball into the net on the far post.

The red-whites set the pace of the game on the beginning of the second half. After 54 minutes Zmrhal sent another cross from left wing, goalkeeper Vukovic collided with De Norre and Ibrahim Traoré rebounded the ball into the net to make it 2-1.

Genk were put off balance after the second goal and injured Vukovic had to be replaced by Jackers in the home goal. At minute 64 Stoch sent perfect cross from the free-kick into the box, Jackers managed to block Souček’s header, but Milan Škoda found the back of the net with his rebound to make it 3-1.

Just 4 minutes later Škoda added his second of the night when he headed the ball on the far post following Stoch’s corner and lobbed Jackers again.

Slavia controlled the rest of the game and won 4-1 on aggregate. The red-whites thus qualified for the Round of 16 of the European cup for the first time since 2003. Slavia is also the very first Czech/Czechoslovak club to score 4 away goals in the spring part of any European cup. 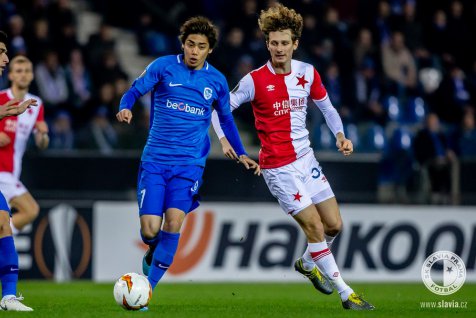 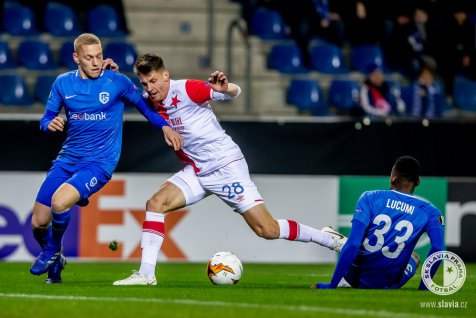 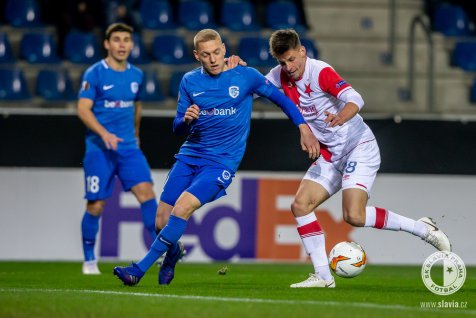 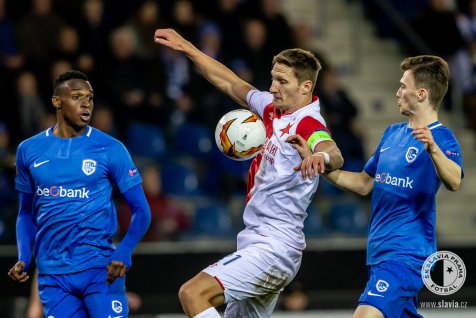 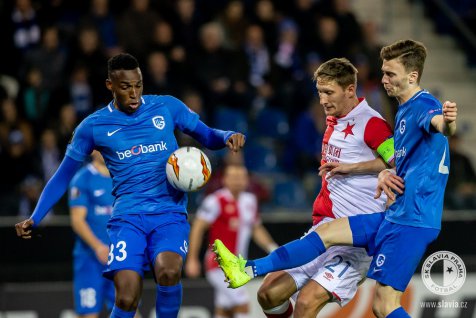 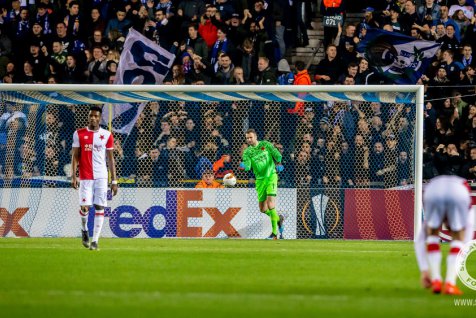