Inter Milán - Slavia
Goals: 90+2. Barella – 63. Olayinka
Slavia drew 1-1 against Inter away in the matchday 1 of Champions League Group F. The hosts managed to equalise on 92nd minute.
Slavia started well and just 7 minutes into the game Olayinka headed the ball following Hovorka’s cross, But Handanovič made his first save.

After 12 minutes De Vrij got into first Inter opportunity, but his header after a set piece aimed over the crossbar. Shortly afterwards Candreva fired from outside the box but missed wide.

On 16th minute Martínez got into a big chance after Stanciu’s loss and aimed his cross shot few centimetres wide next to the right post.

Inter gained more from the game during following minutes. After another set piece D’Ambrosio was left alone 5 metres from Slavia goal and Kolář had to make very good save to deny him.

After 33 minutes Slavia launched fantastic combination on the right wing. Stanciu sent a sharp through pass to Masopust who tried to find Olayinka inside the box, but our midfielder miised one step to reach the ball in perfect shooting position. Shortly afterwards D’Ambrosio got space for another shot from behind the box and fired the ball just over the crossbar.

Slavia managed to keep Inter at bay for the rest of the opening 45 minutes, but Giuseppe Meazza was ready for interesting second half. Less than a minute after the start Kolář had to make two difficult saves after Sensi’s cross, on the other side Stanciu fired twice from outside the box, once missing and once denied by Handanovič.

The red-whites equalized the game in the second half and took a deserved lead after 63 minutes. Zelený, who replaced injured Traoré few minutes ago, fired from inside th box after Olayinka’s pass, Handanovič punched the ball in front of the goal and Peter Olayinka fired it into the net from sharp angle. 1-0.

Slavia then ruled on the pitch and Zelený created two more chances but hesitated too long in both cases and missed the right moment for shot. On 67th minute Stanciu missed close with another long-range effort and ten minutes later Bořil’s sharp effort was blocked by De Vrij.

Inter thus had to wait for 92nd minute for their equalizer. Sensi hit woodwork from set piece, ball bounced to Barello and his shot found the back of the net after slight deflection.

Slavia returns from Milan with one point after heroic performance and 1-1 draw. Next game is Prague Derby against Sparta on Sunday. 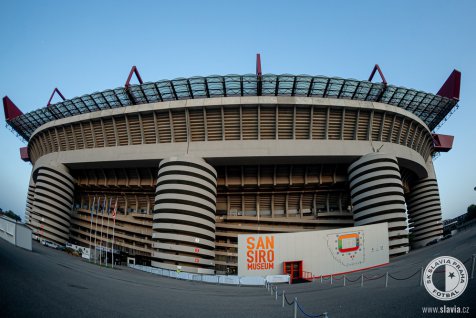 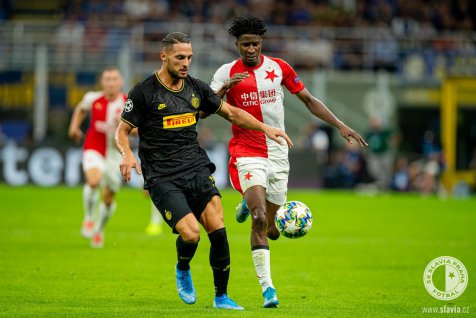 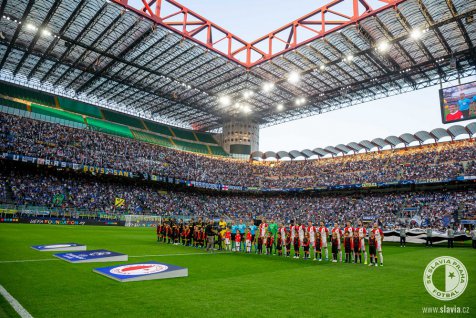 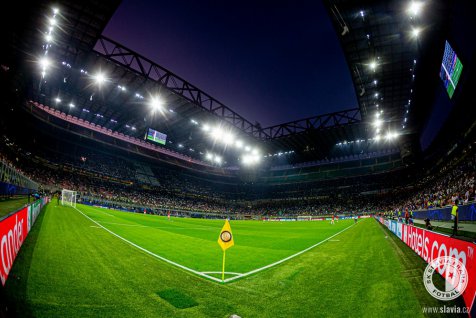 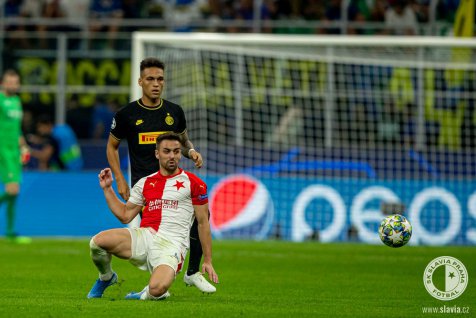 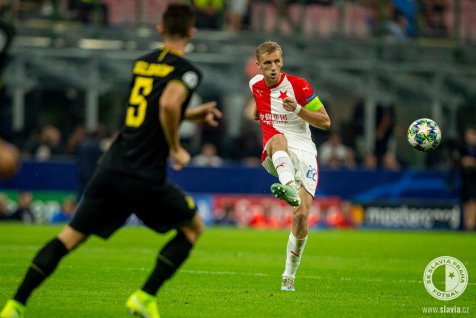