SK Slavia Praha - FC Baník Ostrava
Goals: 53. Kaloč (vl.), 73. Jurásek M., 79. Jurásek M. - 58. Fleišman
Radio
Matěj Jurásek was the match winner against Baník scoring two goals in the second half after coming from the bench.
Slavia started their last home game of the year 2022 after a ceremony which saw the East stand of the Fortuna Arena being renamed to František Veselý Stand to honour the legendary Slavia midfielder and Czechoslovak international. Jurečka and Hromada returned to the starting line-up after a break against Sivasspor, Eduardo Santos replaced Aiham Ousou as centre-back after the Swedish defender suffered an injury in the last European game on Thursday.

In the past two games against Sparta and Bohemians, Slavia scored within opening 5 minutes, but against Baník none of the teams managed to create any bigger chance in the opening half an hour of the game. Usor, Hromada and Oscar tried his luck from behind the box, but all the efforts were sent only to the gloves of goalkeeper Laštůvka.

With 36 minutes on the clock the Red-Whites got into the first big opportunity. From a corner kick Usor set up Kacharaba on the near post, our centre-back deflected the ball and Michal Frydrych had to stop it on the goal line behind Laštůvka.

Only two minutes later the ball got from Usor to Ondřej Lingr in a Slavia counter-attack and our forward sent a beautiful lobbed ball behind Laštůvka, but his effort only hit the crossbar.

But before the break Baník got into a bi chance too. In the 41st minute after a long through pass Šehić could go alone n Kolář from the left side but – luckily for Slavia – missed the fat post with his cross shot.

Slavia managed to take lead after 53 minutes. Free kick by Jurásek rebounded on the other side to Moses Usor, he sent sharp cross back into the box and Filip Kaloč headed the ball into his own goal. 1-0.

Unfortunately the Slavia lead lasted less than 5 minutes. In the 58th minute after a corner Jiří Fleišman appeared unattended on the far post and headed the ball through Kolář. 1-1.

But the Red-Whites regained the lead again in the 73rd minute. Matěj Jurásek got the ball on the right side of the box, cut inside and sent the ball into the bottom right corner close to the near post. 2-1.

And only 6 minutes later Matěj Jurásek added his second of the night. In another quick attack Jurásek received ball on the right wing, cut inside some four metres behind the box and curled the ball behind the goalkeeper with his left foot. 3-1.

Slavia thus managed to get three points in the last home game of the season. The very last game of 2022/23 autumn part will be played next week away in Zlín. 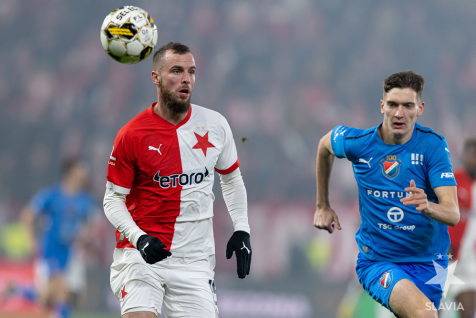 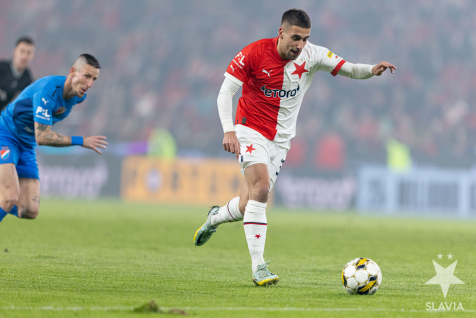 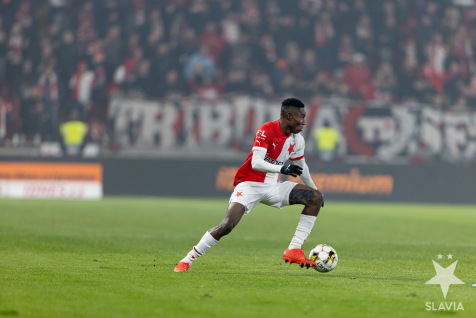 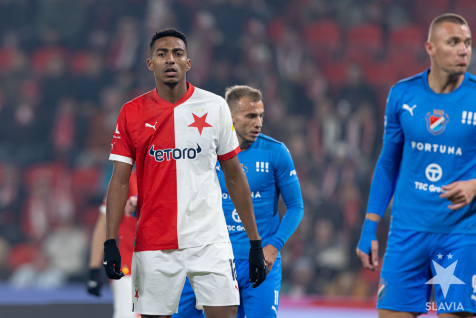 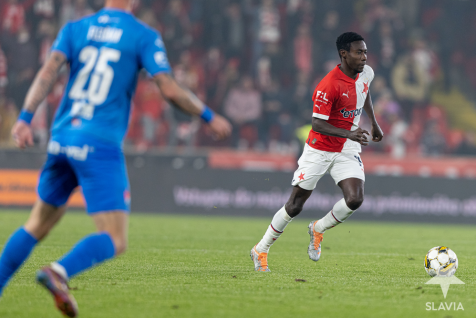 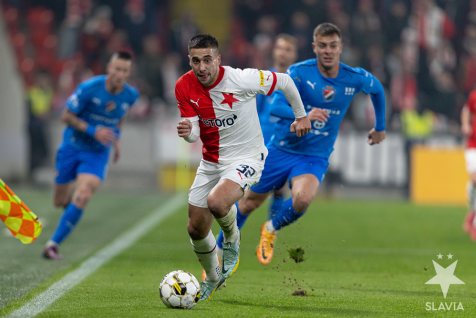