Slavia - Ostrava
Goals: 15. Ševčík, 20. Krmenčík, 31. Plavšić, 42. Lingr - 54. Klíma, 76. Ekpai
Slavia defeated Baník Ostrava 4-2 in their last friendly of the winter break. Srdjan Plavšić scored one goal and added two assists.
Slavia started with Srdjan Plavšić as left full back, Mads Emil Madsen in centre of the midfield, Schranz and Lingr on wings and Michael Krmenčík up front. Peter Olayinka wasn’t available after his recent return from AFCON, Hovorka and Provod are recovering from their injuries, Masopust and Kolář were not in the squad due to minor injuries. Nicolae Stanciu is currently negotiating his transfer and was not on the list of players for the game either. The Red-Whites started superbly and took lead after just 14 minutes. Petr Ševčík won the ball on Baník half after Svozil’s mistake and sent the ball past Budínský into the net. Only 6 minutes later Tomáš Holeš sent a long ball behind Baník defence, Srdjan Plavšić passed the ball to Michael Krmenčík and he fired it through Budínský to give Slavia two-goal cushion. In the 31st minute Krmenčík’s cross from the left wing rebounded to Madsen, the Danish midfielder passed it to his left and Srdjan Plavšić scored the third of the night from inside the box. And the Red and Whites managed to add fourth until the break when Plavšić sent yet another good cross from the left side and Ondřej Lingr had little trouble scoring from close distance on the far post. Baník did not create their first chance until the 48th minute when Kuzmanović rebounded the ball into an open net, but Mandous together with Ousou managed to stop the ball on the goal line. Six minutes later the guests scored their first goal of the night after Klíma fired the ball through our defence after a corner. Slavia made two changes early into the second half – Oscar and Taloverov replaced Plavšić and Kacharaba – and seven new players came on the pitch after an hour of the play including youngsters Prebsl and Višinský, striker Stanislav Tecl and ex-Baník Yira Sor who made his maiden start in red and white. The hosts created several chances, but Tecl missed with his cross shot and Sor and Višinský were denied by Budínský in good opportunities. After 76 minutes it was thus Baník who could celebrate fort the second time when Ubong Ekpai found the back of the net with his header on the far post. No more chances were converted until the final whistle and Slavia thus defeated Baník Ostrava 4-2 in the last friendly game of the winter Break. The Red-Whites will start the spring part of Fortuna Liga on Saturday, 5 February, at home against Karviná. 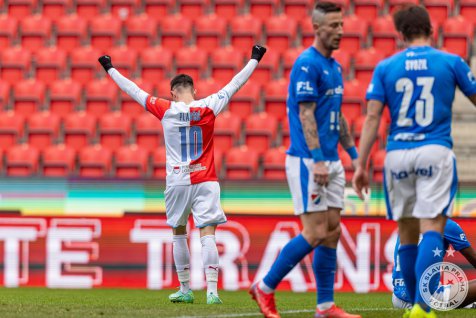 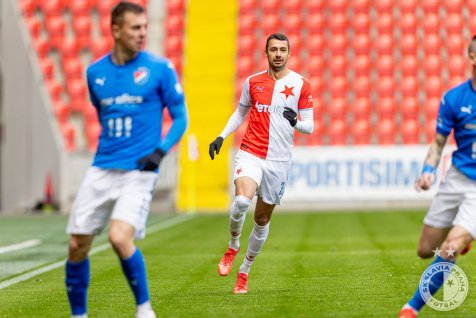 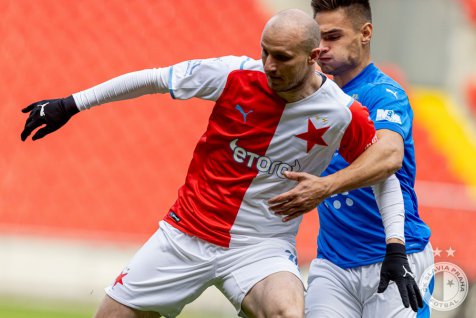 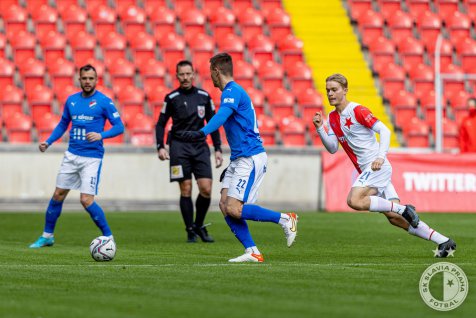 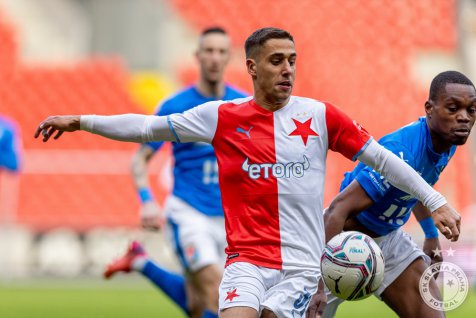 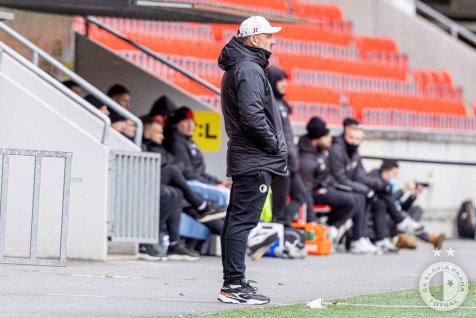