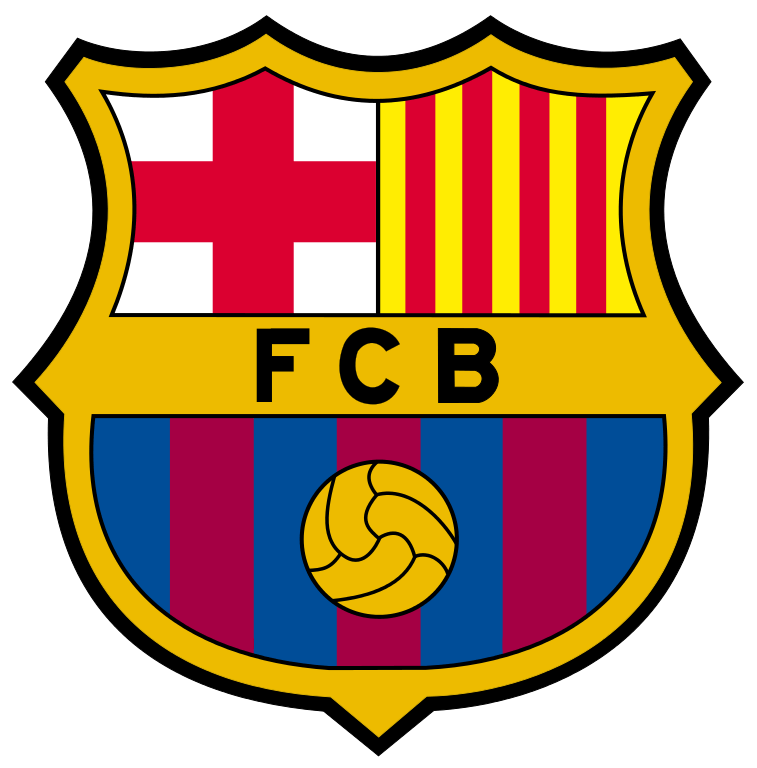 Slavia - FC Barcelona
Goals: 50. Bořil - 3. Messi, 57. Olayinka (vlastní)
Radio
Slavia played fantastic game against Barcelona on Champions League MD3 but Bořil´s goal wasn´t enough to get points on Wednesday night.
Slavia chose 4-4-2 tactical line-up with their usual defence line Coufal – Kúdela – Hovorka – Bořil and with Olayinka and Masopust in front. Barcelona, whose El Clásico scheduled for Sunday had been postponed, did not let any of their stars rest and started with Messi, Suárez and Griezman in front.

But all Slavia tactical plans were disrupted after just 3 minutes. After Ševčík’s loss in the middle the ball got to Arthur who passed it to Lionel Messi inside the box and the Argentinian send it into the net along Kolář.

After 20 minutes Slavia got into their first opportunity and it was Jaroslav Zelený who could equalize after Bořil’s pass from the right wing, but Ter Stegen denied him with perfect save and kicked the ball out from almost the goal line.

The Red Whites played equal game with Barca in the first half and got into other chances. On 37th minute Ševčík took the ball into the box and passed it to his right to Masopust, his effort was directed into the middle of the net. Just a minute later Ter Stegen had to perform another save when he pushed the ball over the crossbar after Olayinka’s deflected shot.

But it was also Ondřej Kolář who showed his class. Shortly before the break when shot by Suárez was blacked to De Jong Slavia keeper managed to kick out his low cross shot.

After 50 minutes Slavia finally equalized. Stanciu sent beautiful long ball to Masopust, our midfielder passed it to Jan Bořil on his right and he fired the ball through Ter Stegen to make it 1-1.

Slavia gained confidence after the equalizer and created other chances. After 54 minutes Stanciu got ball after good pressure by Slavia players but his long-range effort missed the left post.

Pivotal moment of the game came on 57th minute in the unluckiest way for Slavia. Messi’s free kick was deflected several times in the box, Luis Suárez returned it on the far post and Peter Olayinka deflected his pass behind Kolář. 2-1 for Barcelona.

The Red Whites held the ball even after Barca’s second goal and started to chase the equalizer supported by frenetic crowd in Eden. But Barcelona had their chances too and Ondřej Kolář had to show his class again. On 68th minute he blocked Messi’s effort from the left side of the box. Two minutes later Suárez could go alone on Kolář after a through pass by Messi but missed the far post with his cross shot.

In last ten minutes Kolář had to stop other two counter attacks but managed to punch away both Suárez’ and Messi’s shots. In the added time Slavia could crown their pressure with another equalizer following Hušbauer’s corner but Olayinka’s header was blocked by Ter Stegen on the left post.

Slavia thus lost 1-2 to Barcelona despite great performance and remains with one point on 4th place in Champions league Group F. 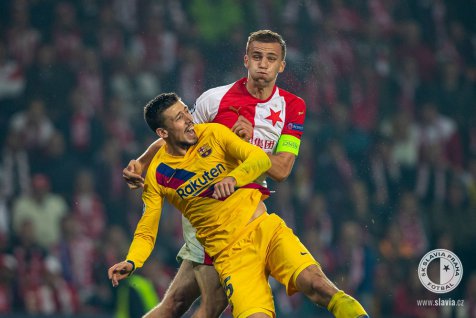 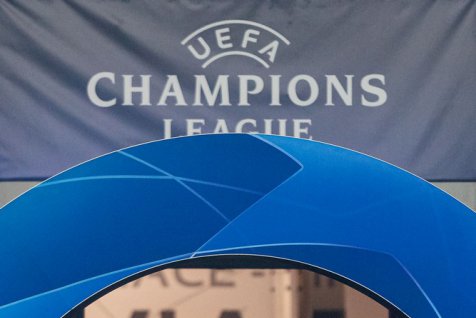 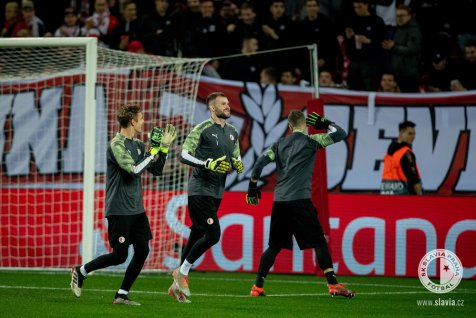 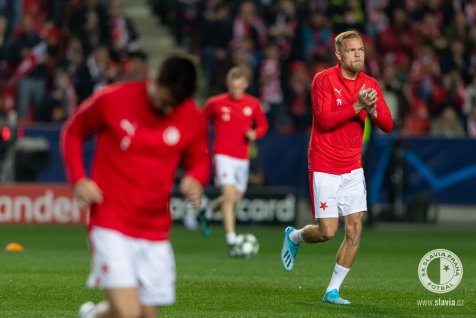 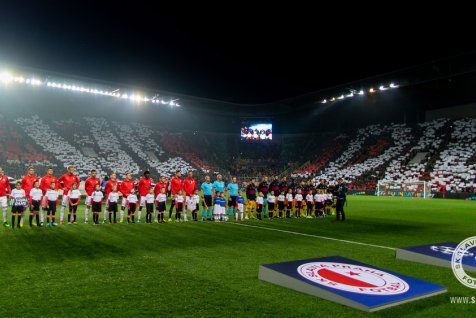 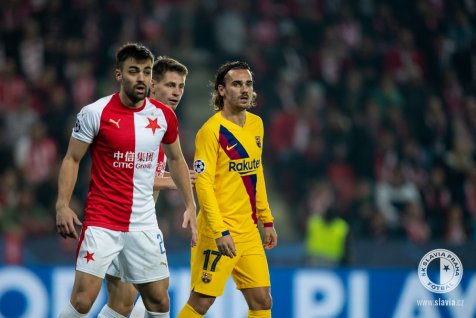