From a river isle to Eden

It has been a long time since Slavia was born and it has come a long way. We have seen many great achievements but our home has not always been in Eden. Where did Slavia’s journey begin? Where did we face the best European teams? When did we step on Eden turf for the first time? Let us set out on an imaginary journey through time to the pitches and stadiums that would become Slavia’s home. 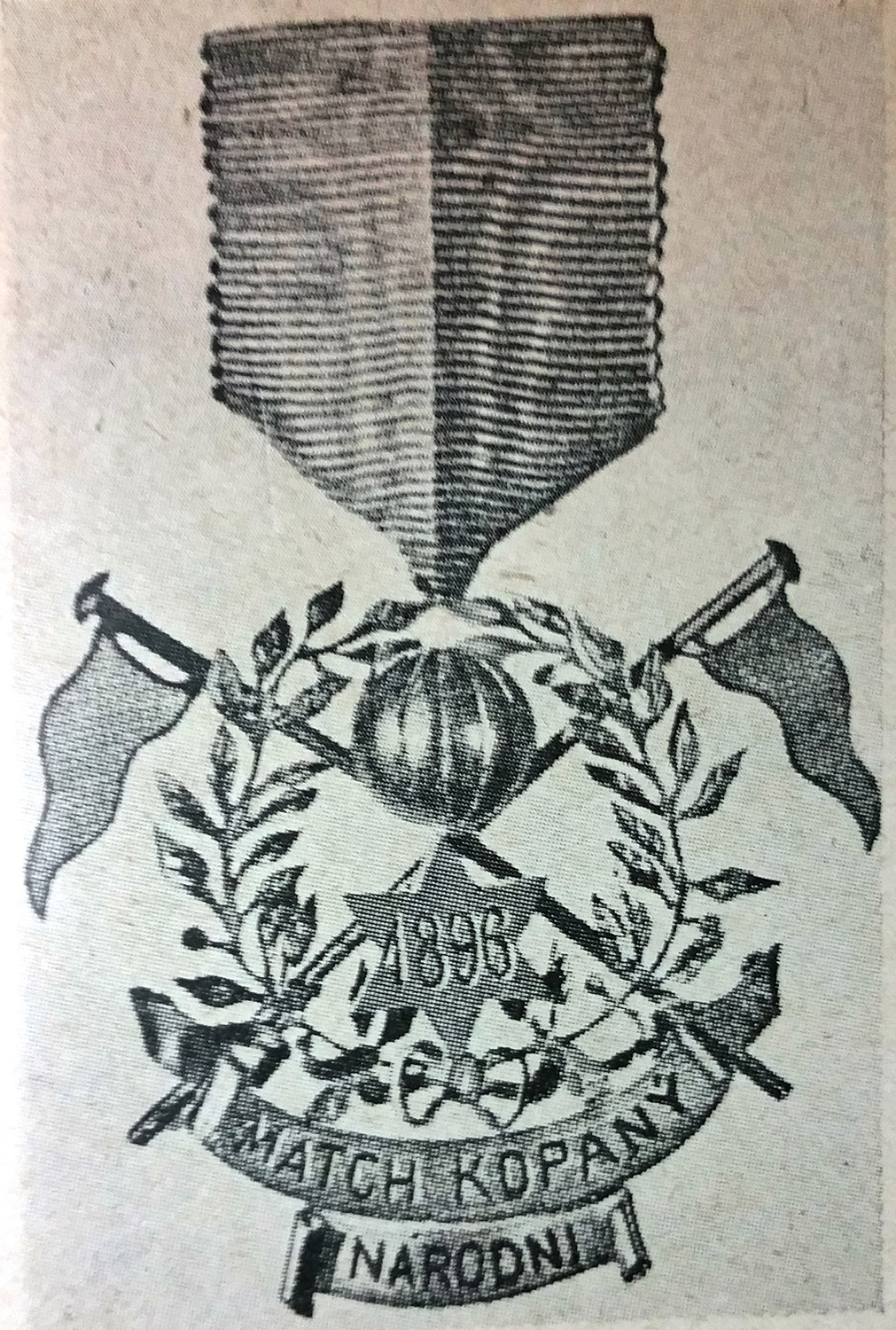 Slavia played the match in half-red half-white shirts with a red star on a white background. And we have kept the design ever since. This is why we are also nicknamed “the Stitched”. 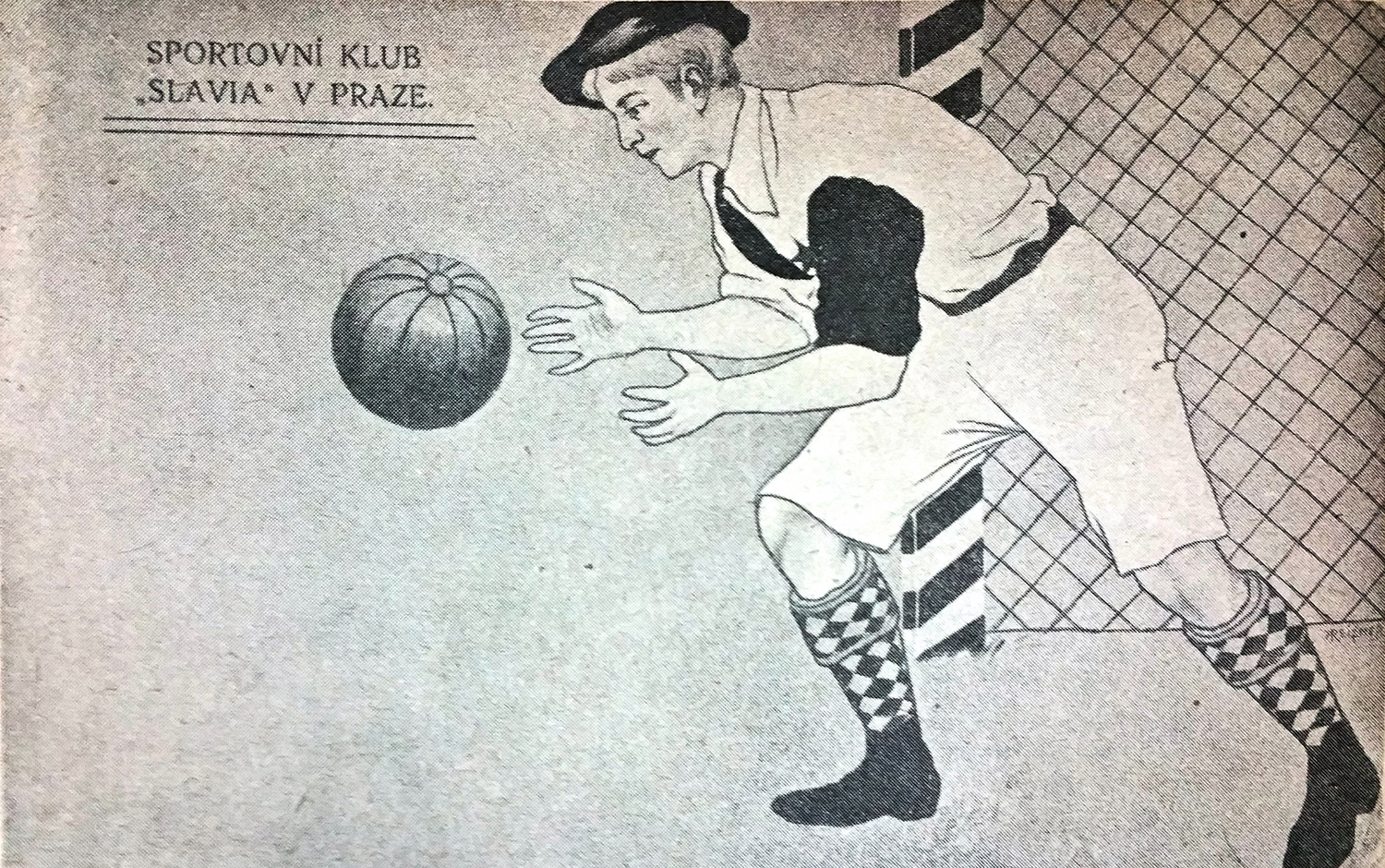 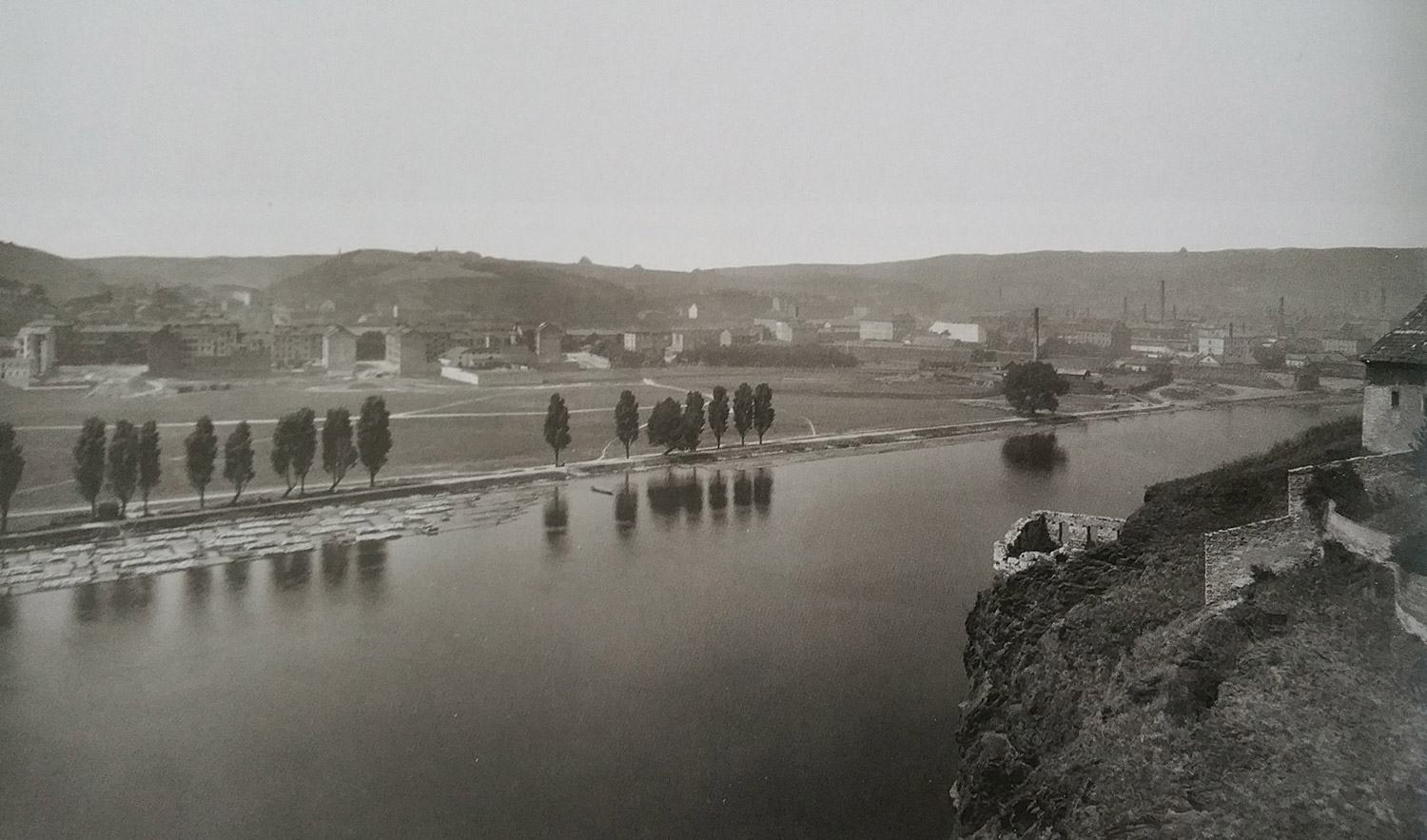 In early 1897, Slavia players rented a piece of land at Letenská pláň at the Vltava river western bank and built two pitches with a wooden shed. The shed was personally designed and built by the Slavia centre-half Hrabě. 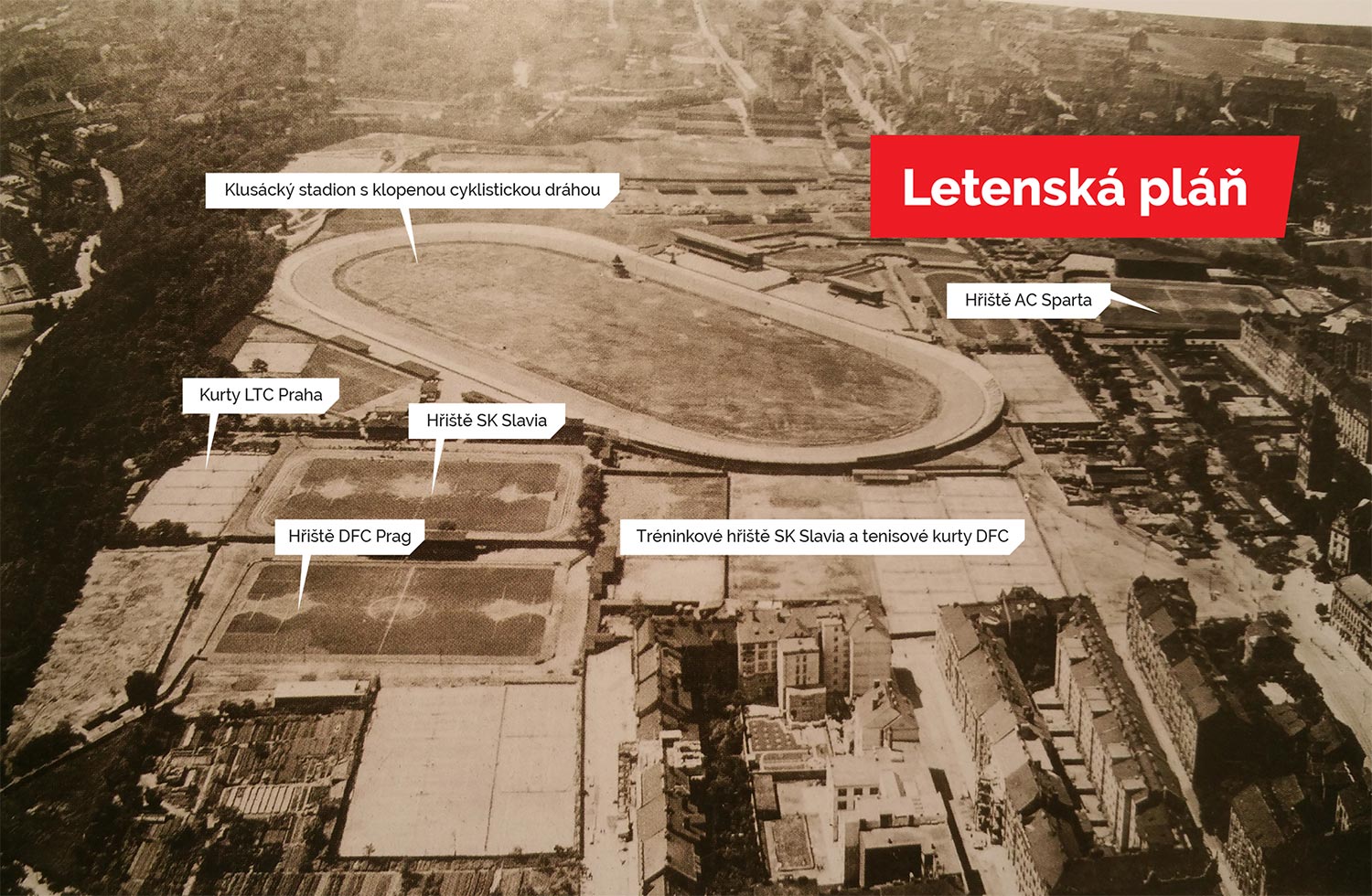 The shed had two windows and a door with a latch, nails in the walls for hanging clothes and a watering can to wash. There was a wire net with a small door around the pitch. Two policemen kept order during the games for two guldens. 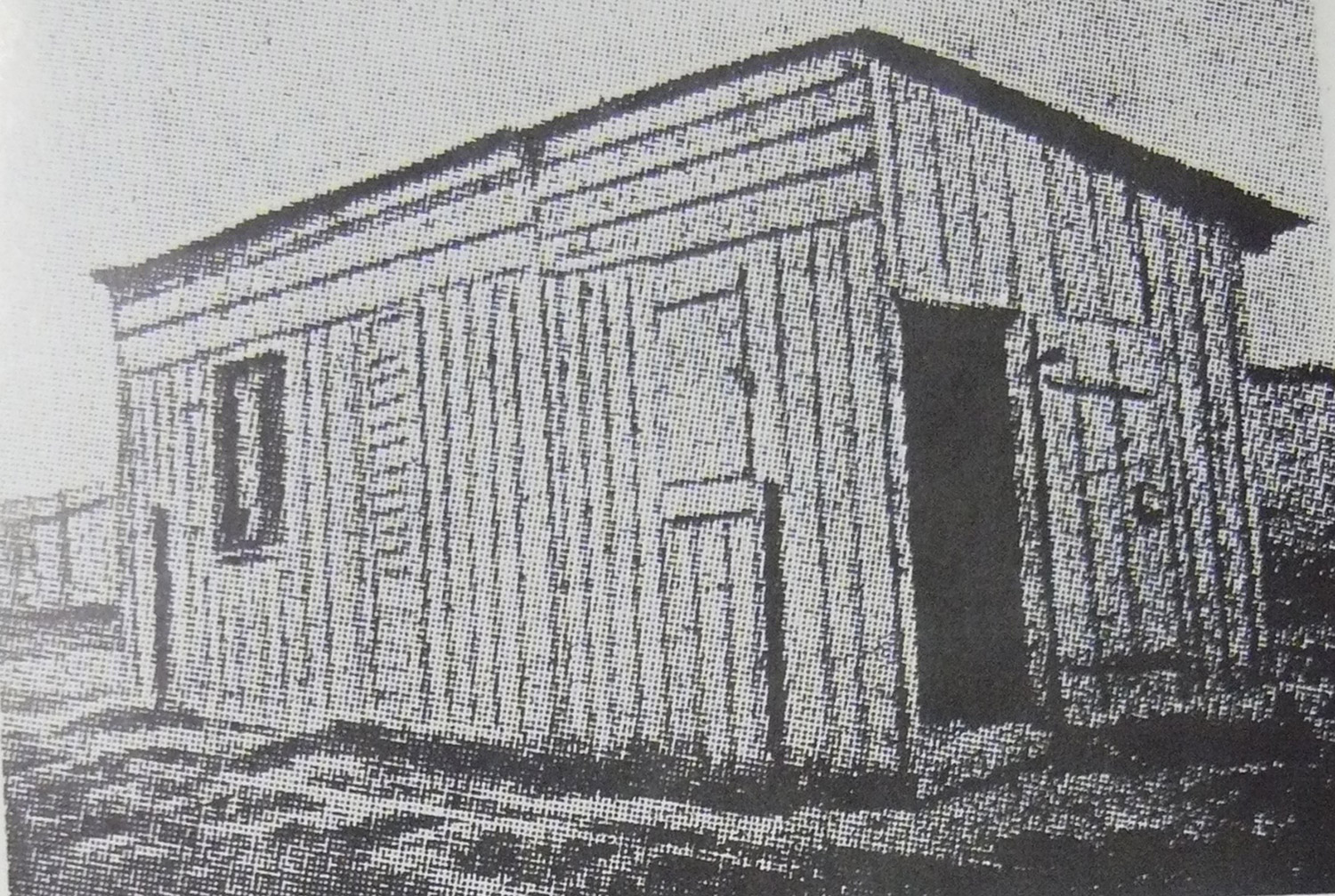 This is the first official photo of SK Slavia Praha from 1898. Goalkeeper Vosátka in the top row in the middle (back then, goalkeepers had the same shirts as the rest of the team). Defenders Stöckel (left) and Strádal stand next to him. In the middle row from the left: midfielders Pressler, Hrabě, Krýž. In the bottom row from the left: forwards Moučka, Setzer, Freja (team captain), Kindl and Heuschneider. 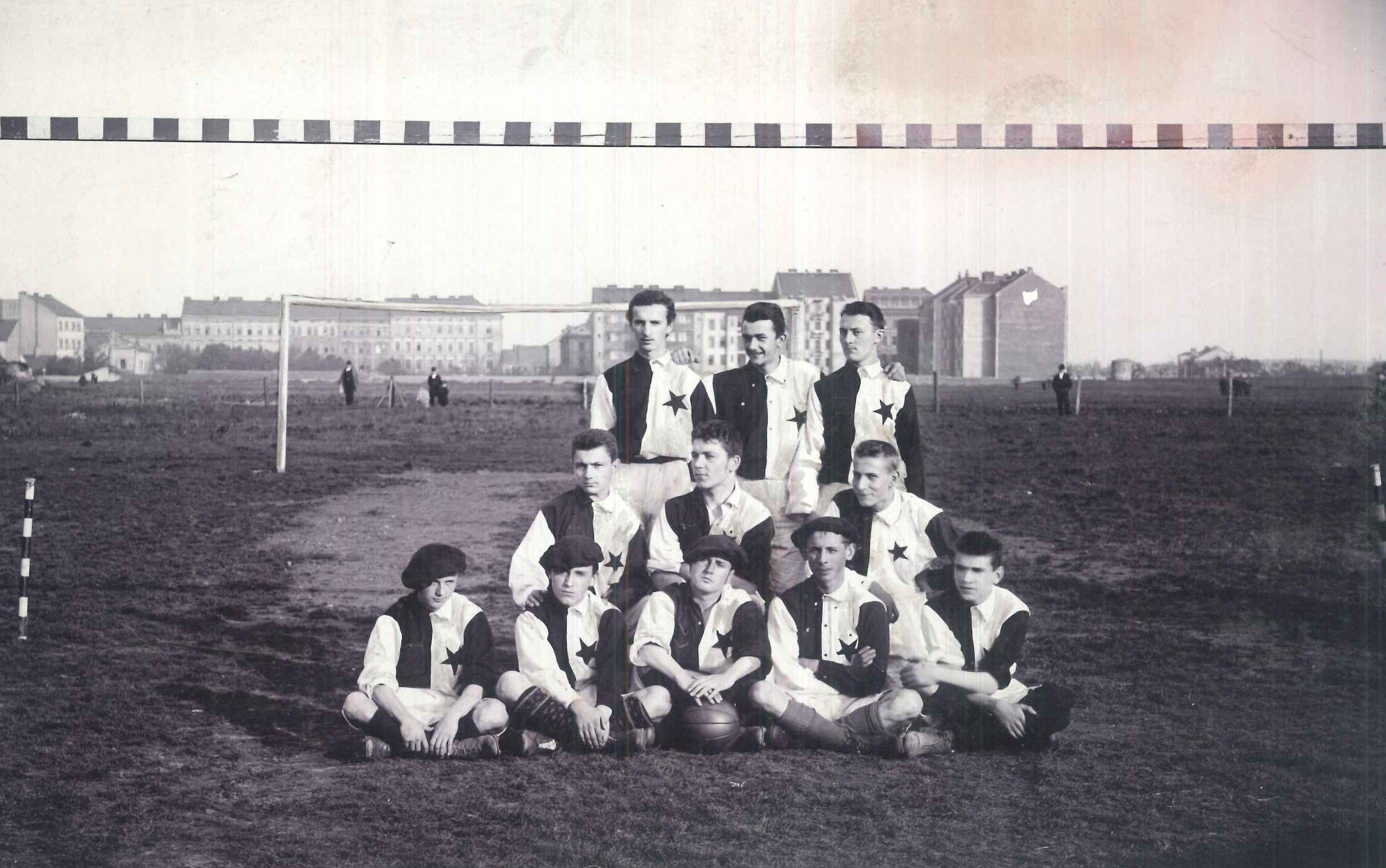 Our oldest existing football match ticket from 1899. The entrance fee of 5 guldens was quite expensive at the time. But this was the first match with an English club and with sponsors. Starting from 8th August 1900, Slavia had numbered seats.

In early 1901 Slavia chief Práchenský oversaw the construction of new sports grounds that opened on 8th September with a light athletics competition. The stadium had an excellent stand for those times with locker rooms, a meeting room, a keeper’s flat and loggias. A 4-meter wide and 350-meter long runningtrack encircled the 69-to-102-meter turf. Four tennis courts had already been established there. The stadium hosted its first football game a week later when Slavia defeated Allemania Pforzheim 15:2 (second day 8:0). 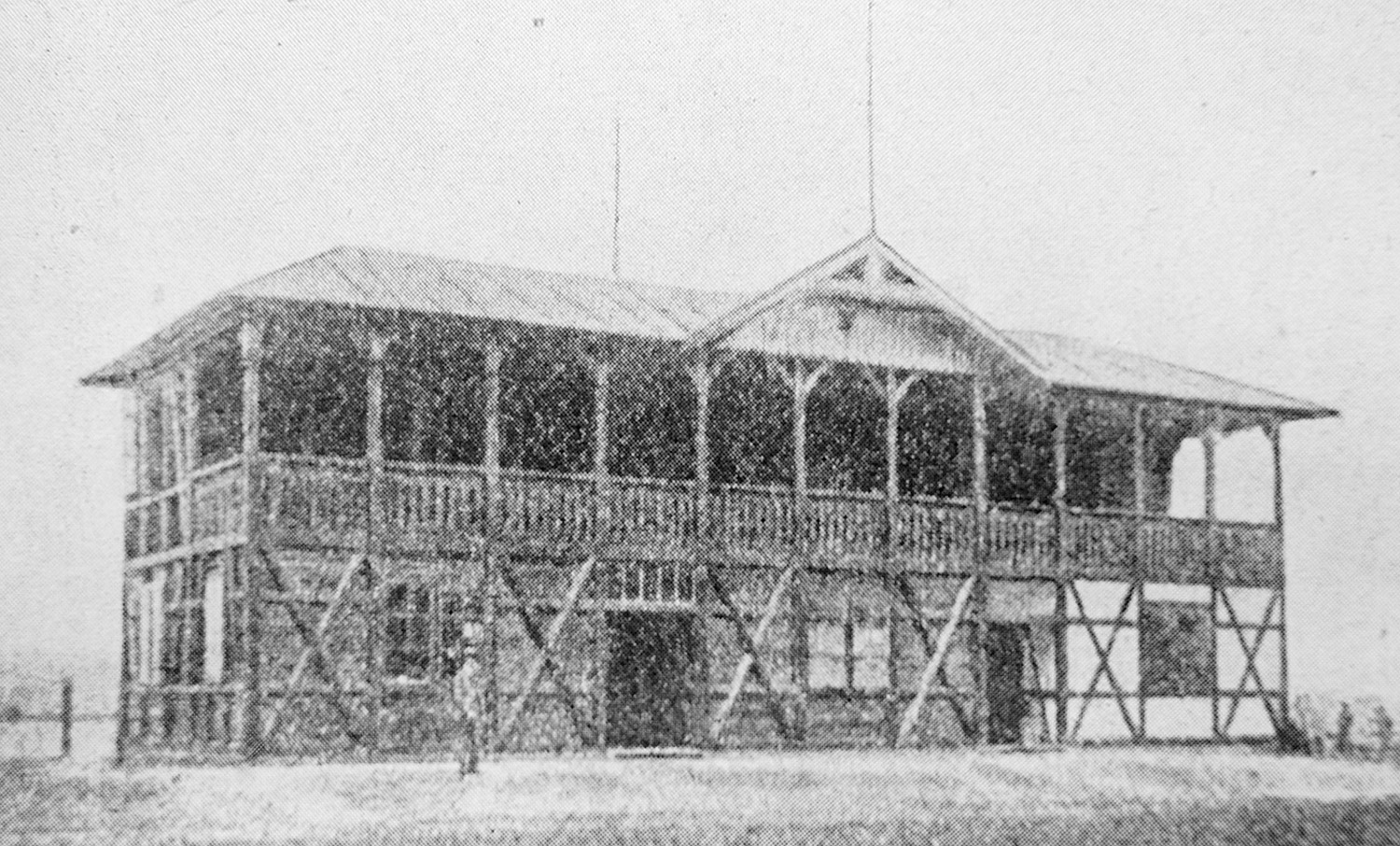 A second stand of the same size was built in 1904. This new stand was home to a restaurant, offices, locker rooms with showers and 18 loggia. Just a year later Slavia defeated London Civil Service 4:0. Players in the middle row, from the left: E. Benda, Veselý, Fiering, Kotouč, Jeník. Sitting players from the left: Vosátka, J. Benda, Setzer, Vaněk, Starý, Malý. 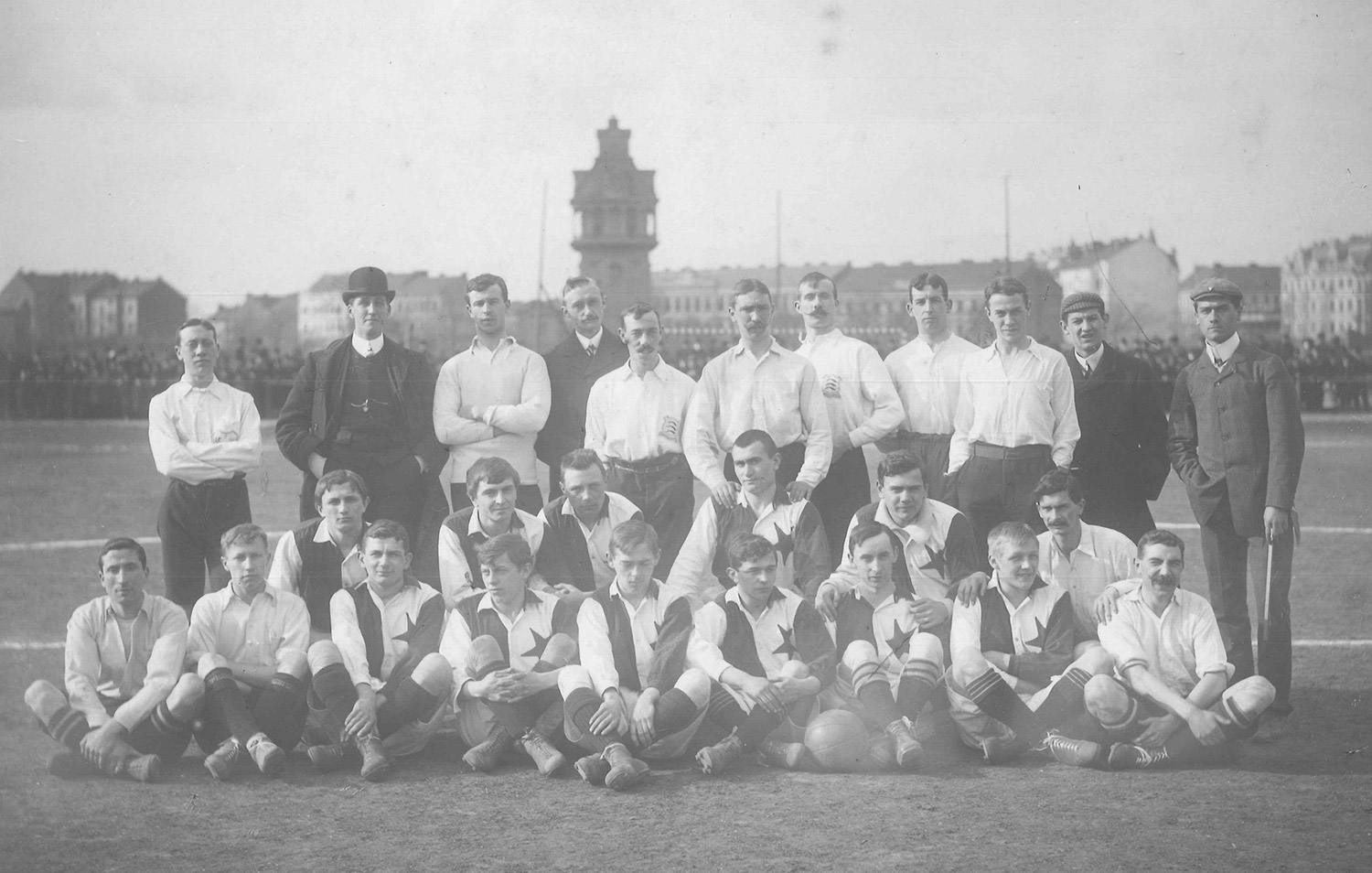 In 1921, Slavia’s stadium at Letná gained another two-floor stand adjacent to the two existing stands. 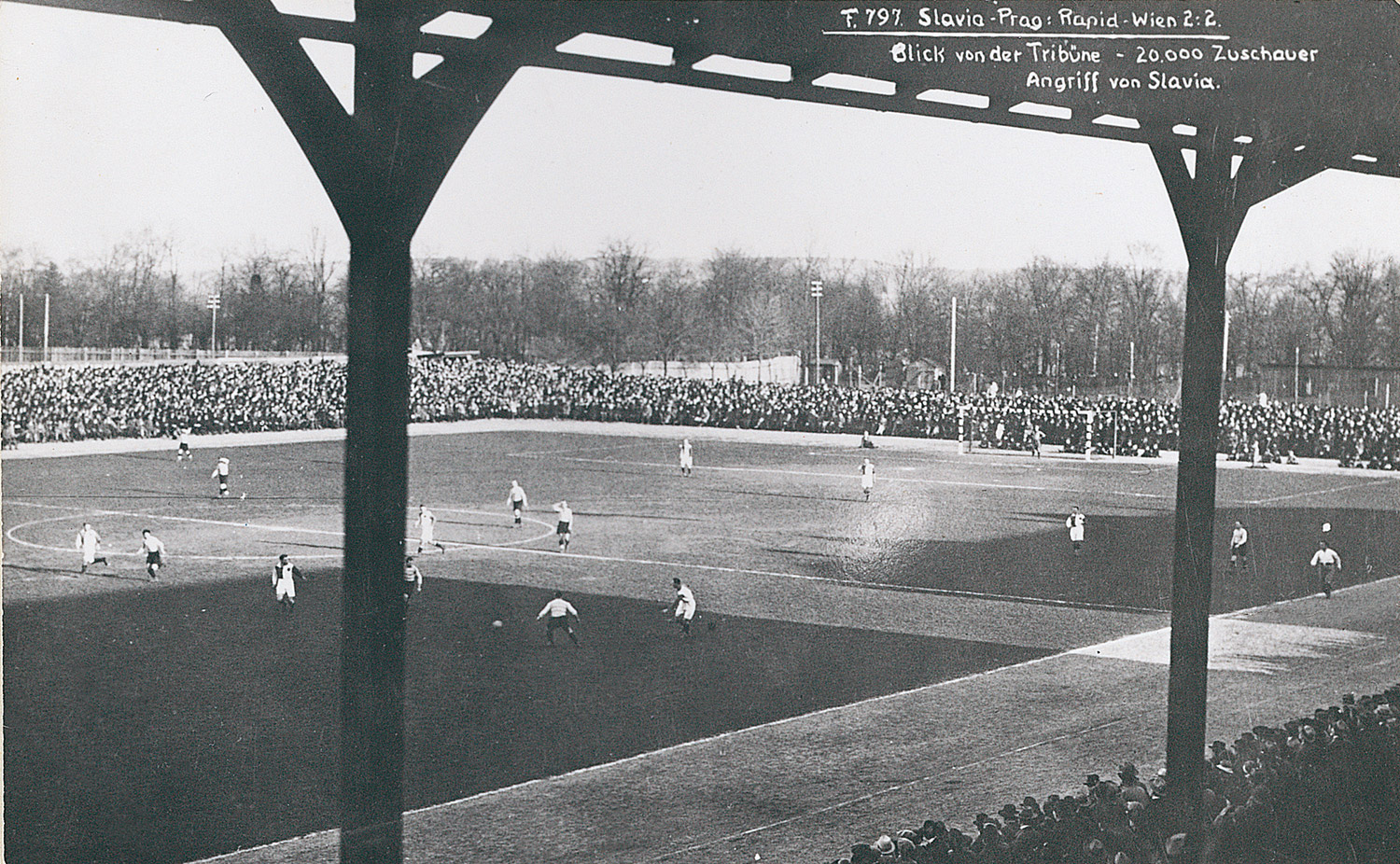 One of the best goalkeepers of his time, František Plánička, with his car at Slavia’s stadium at Letná. 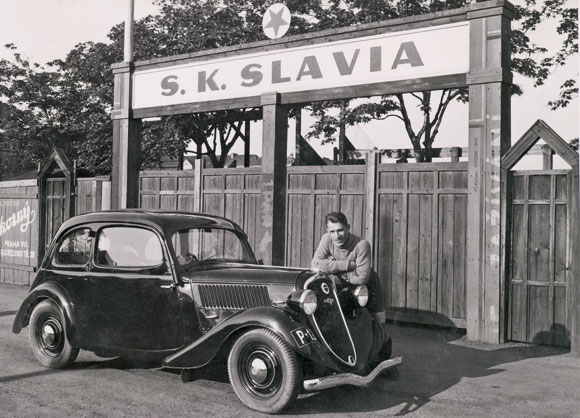 In spring 1932 the stands gained a new terrace for 4000 people. The terrace collapsed on 2nd December 1934 during a league game. Thirty people were heavily injured, forty people were lightly injured and the accident resulted in a police investigation. 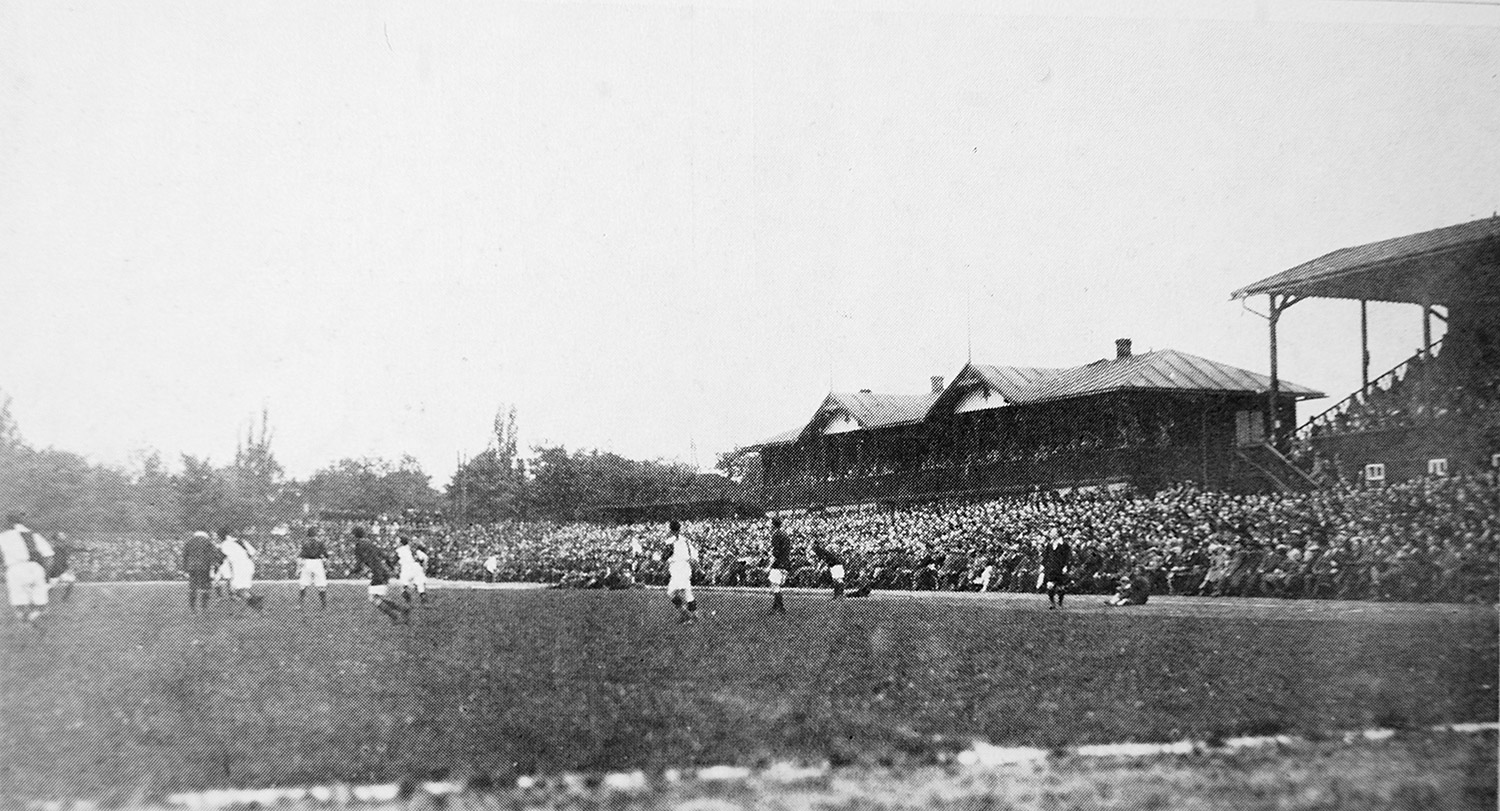 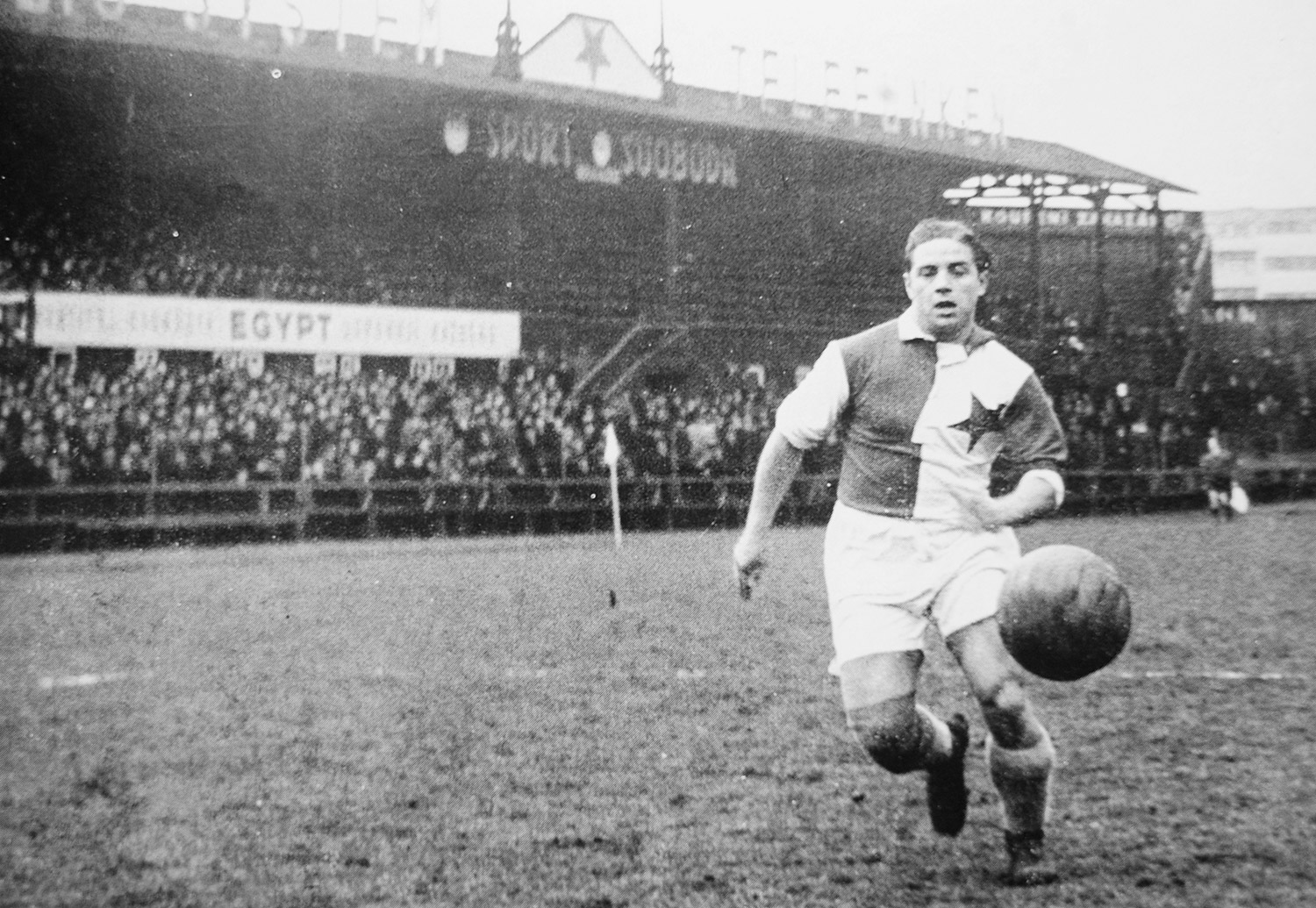 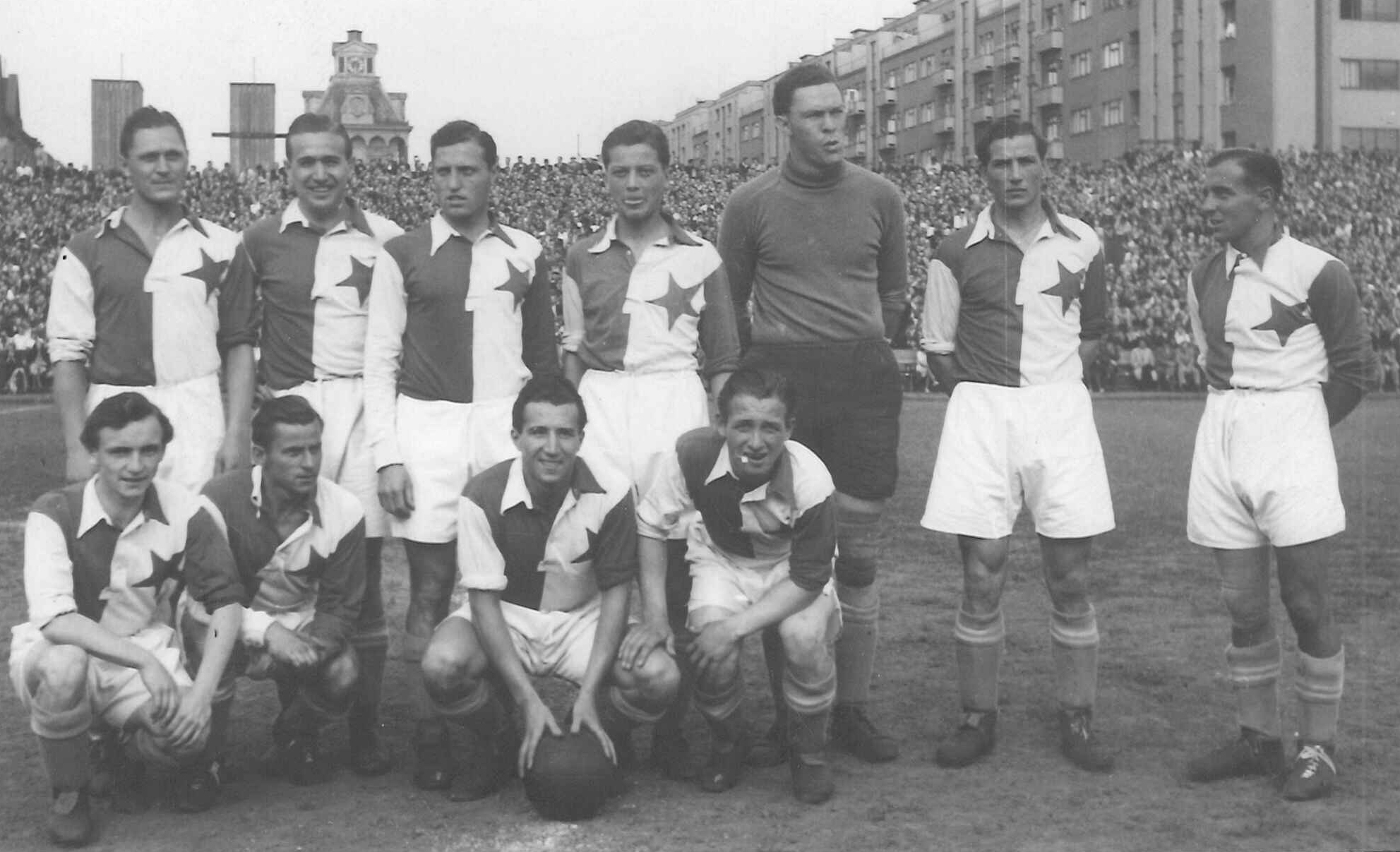 Sparta shared their pitch with us for three years and the crowds would enjoy visiting a new stadium on 7th April 1948 during an inaugural game with SK Čelákovice (11:1).

No one during the game against OD Praha on 3rd December 1950 knew that it was the last game at the Slavia Letná stadium. A Stalin memorial was about to be constructed at Letná and our stadium stood in the wrong place. 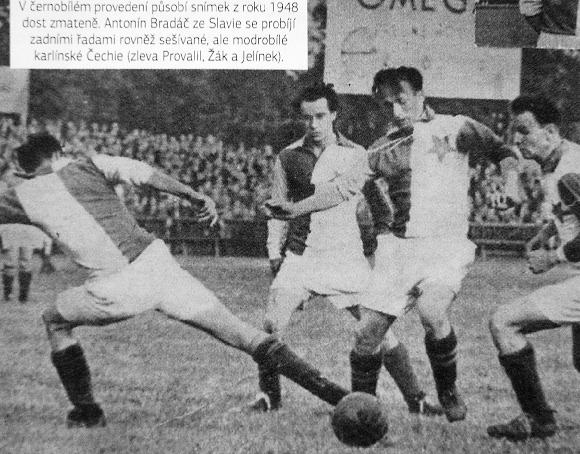 What followed was the demolition of the locker rooms and the caretaker’s quarters, wooden parts of the stands were disassembled and the walls were torn down. Heavy machinery started digging into the turf. The damages amounted to 16.5 million Crowns. The club received 600,000 in compensation and the promise of a new stadium in Vršovice by 1951. Slavia used the stadiums of Bohemians, Spartak Sokolovo (Sparta) and the army stadium at Strahov for the following three years.

Slavia played the first game in Eden on Sunday 27th September 1953 under a new name “Volunteer Sports Organization Dynamo” that was forced on us by the Communist authorities. Prague City Mayor Vacek was present at the gala opening of the stadium for 38,000 spectators during the game with Olomouc. 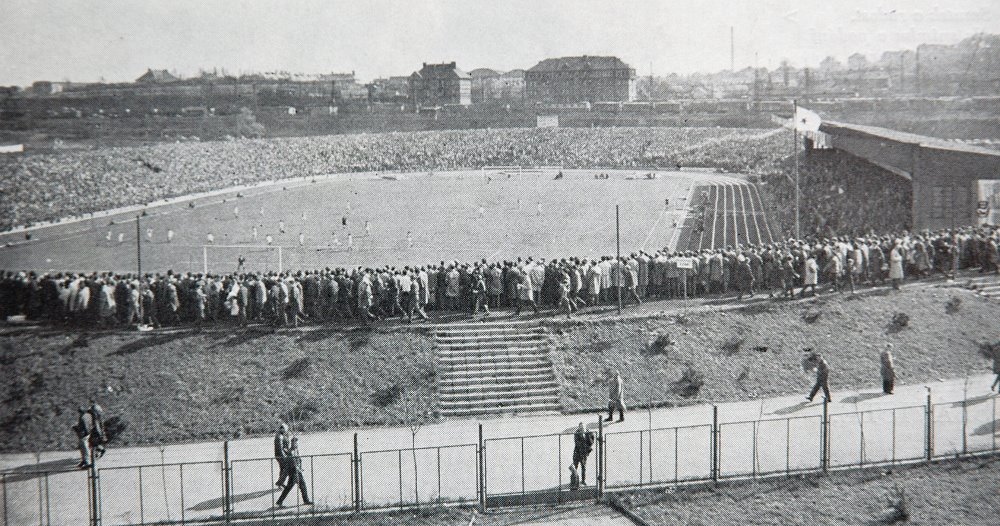 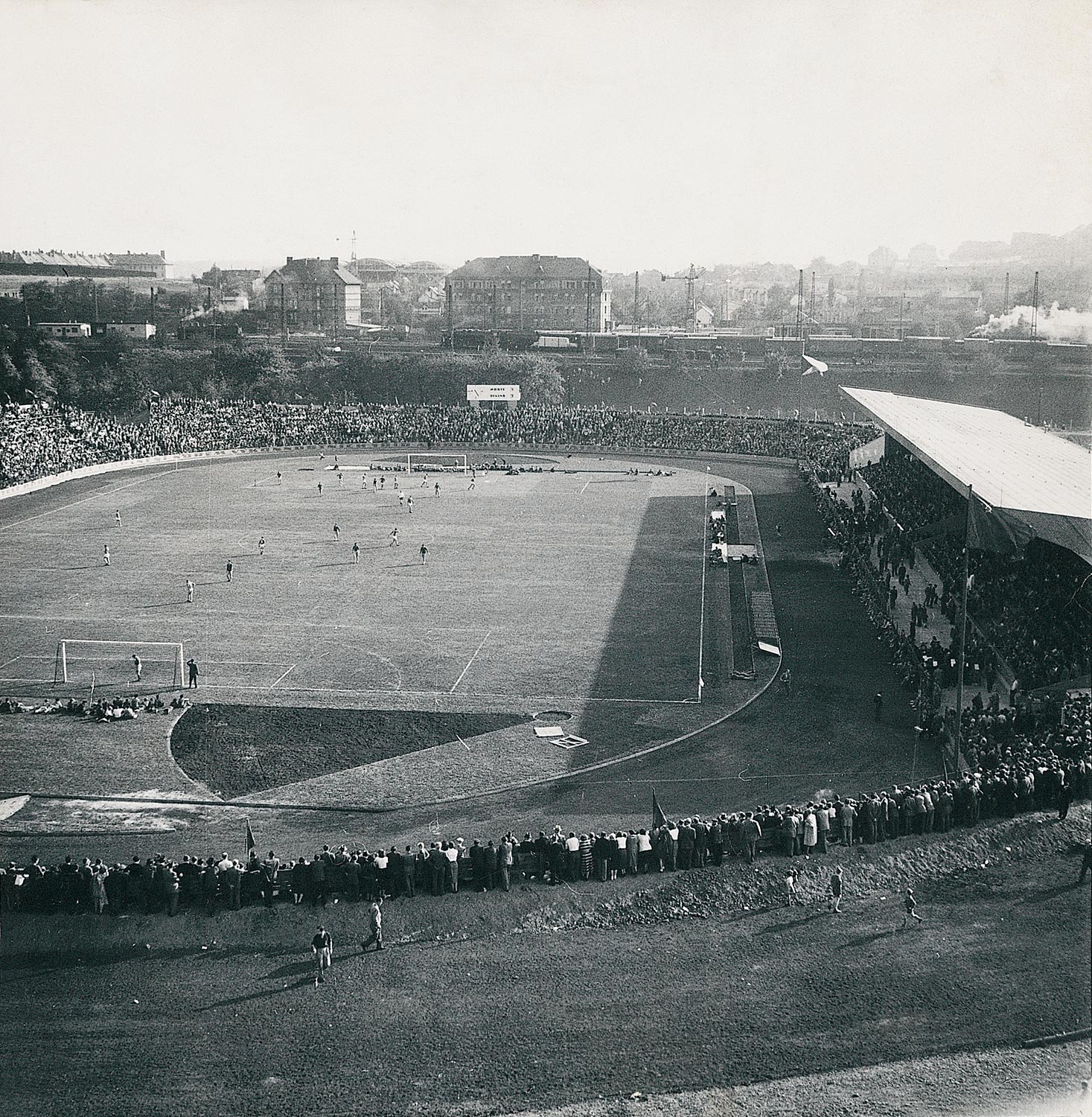 The spectators were shocked to see Slavia walk onto the pitch. The players wore stitched (half-half) shirts but the traditional red was replaced with dark blue. The fans were loud in expressing their disagreement and Slavia played the second half in traditional red-white jerseys. 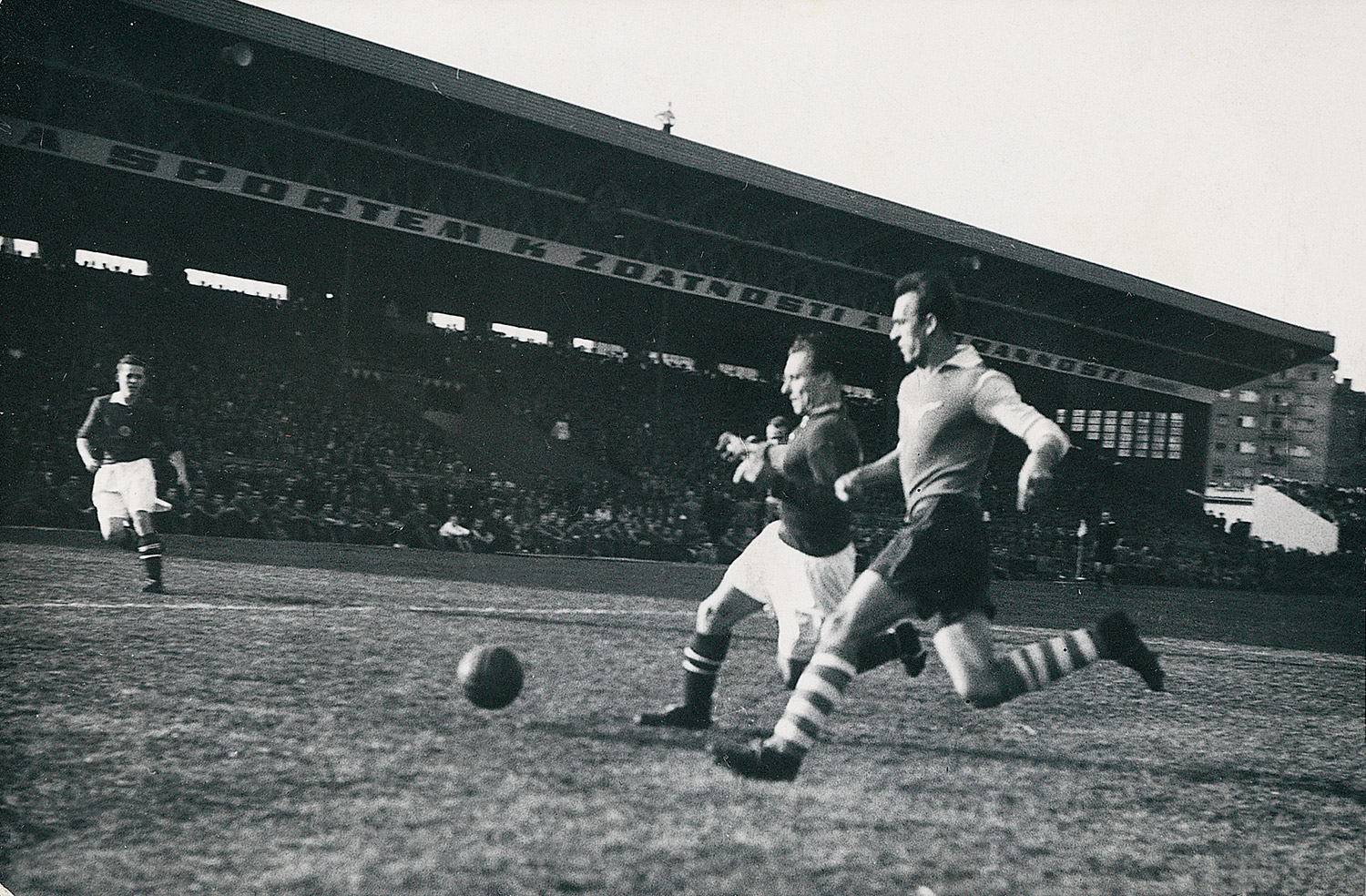 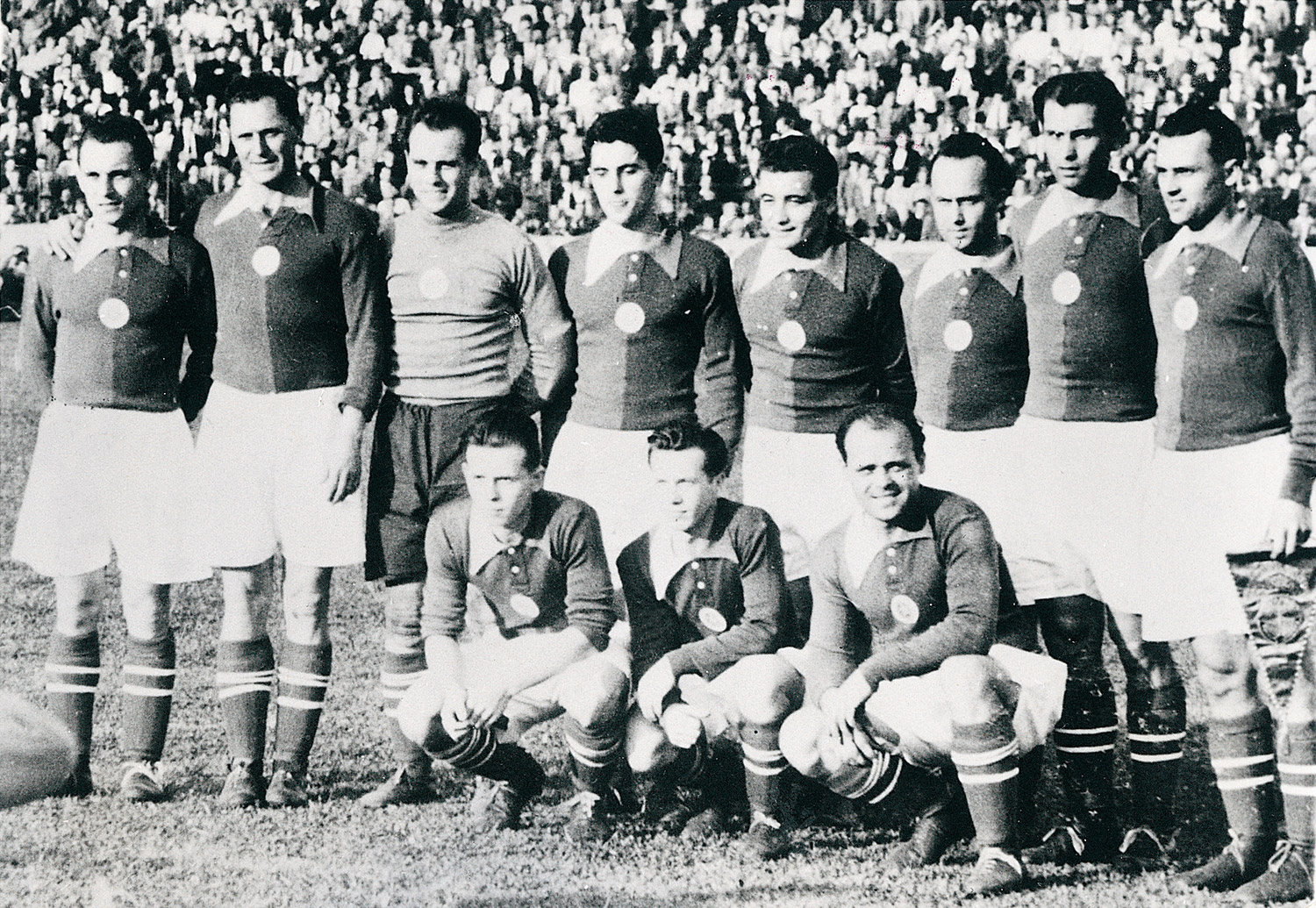 The Eden Stadium was in use for 38 years but grew insufficient over the course of time. The first part of reconstruction works, that is demolition of the east stand for standing fans, started in 1989. 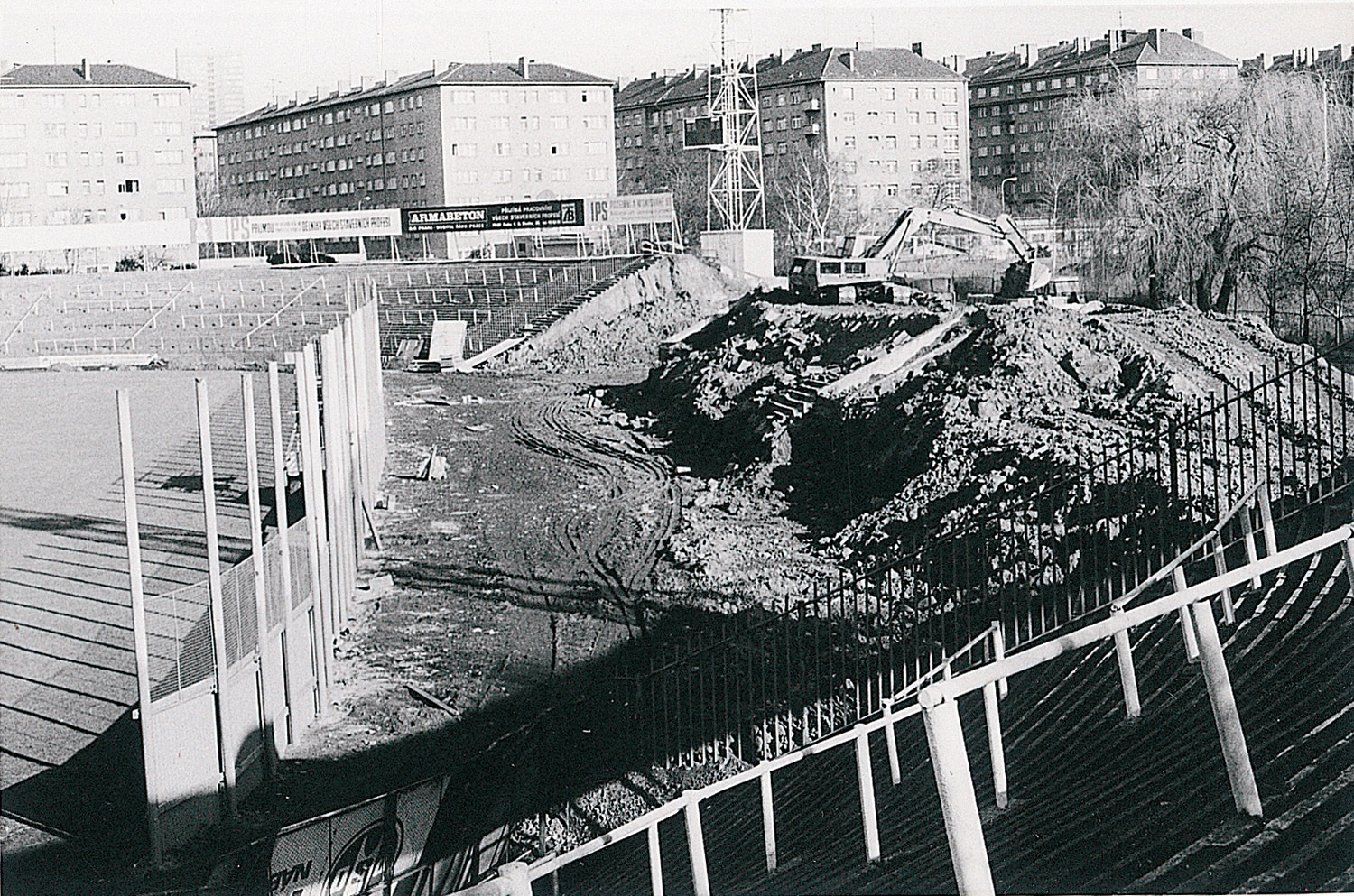 There were defects with water and electricity so from the autumn 1991 Slavia played their home games at Bohemians stadium and the offices moved to Perucká street in Vinohrady. 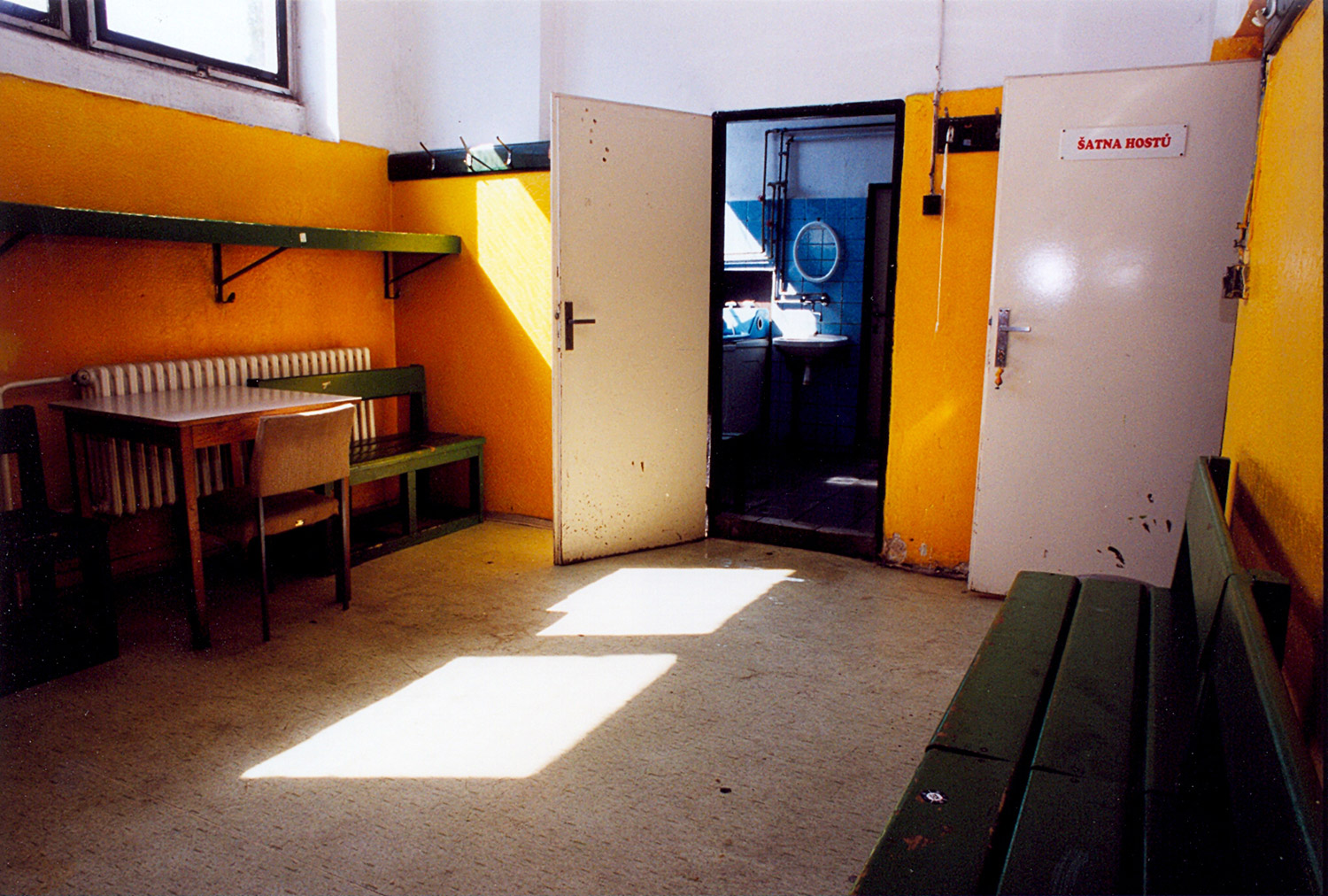 In spring 1992 Slavia left Bohemians stadium and relocated to the Strahov stadium. Just a year later the club faced financial difficulties and had to go back to Eden. 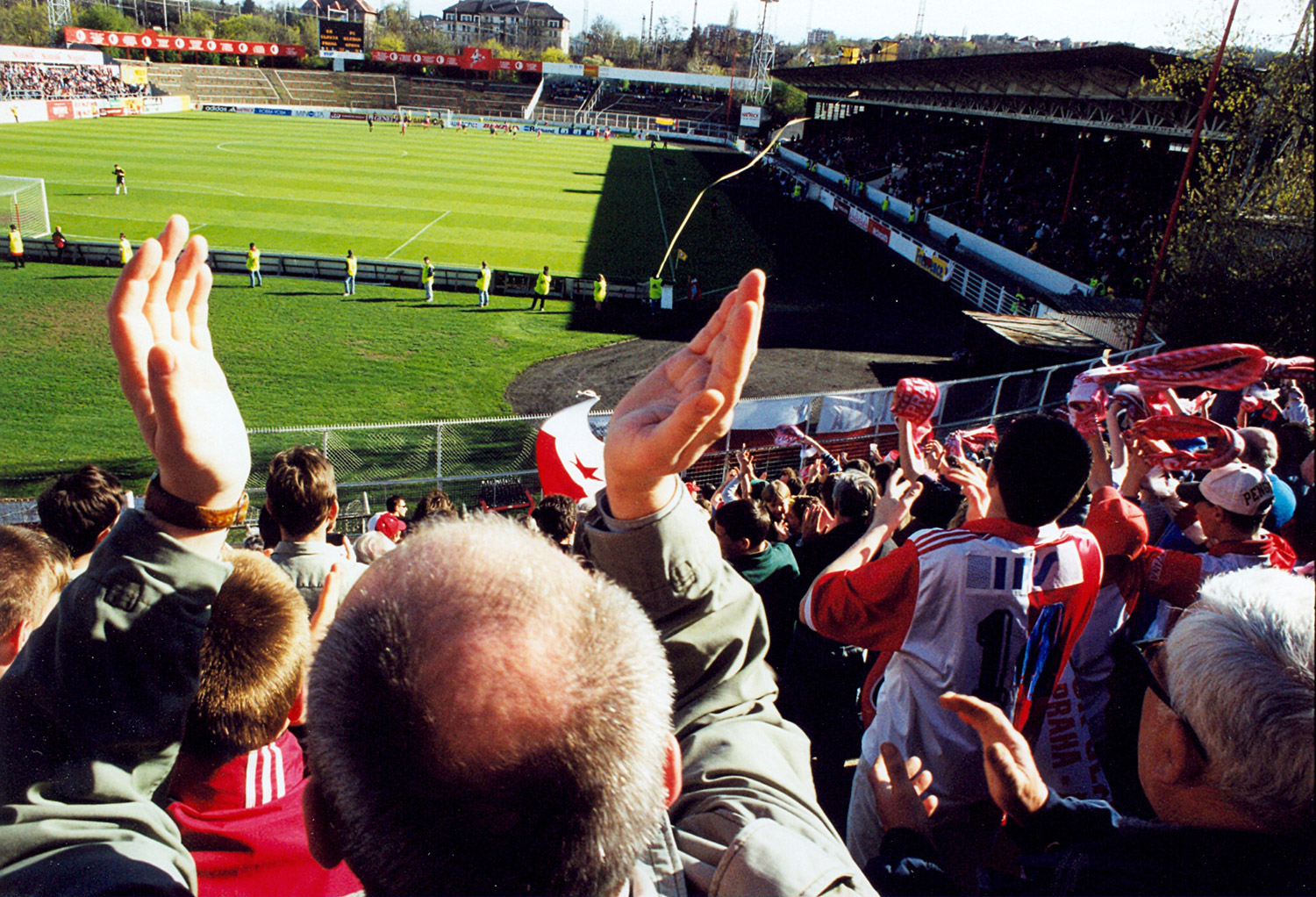 The last game in Eden was played on 13th May 2000 with České Budějovice (4:1). The line-up: Černý – Rada – Koller, Kozel – Lerch, Ulich, Dostálek, Kuchař, Skála – Zelenka and Vágner. There were also the following substitutes: Horváth and the Došek brothers (Lukáš and Tomáš). 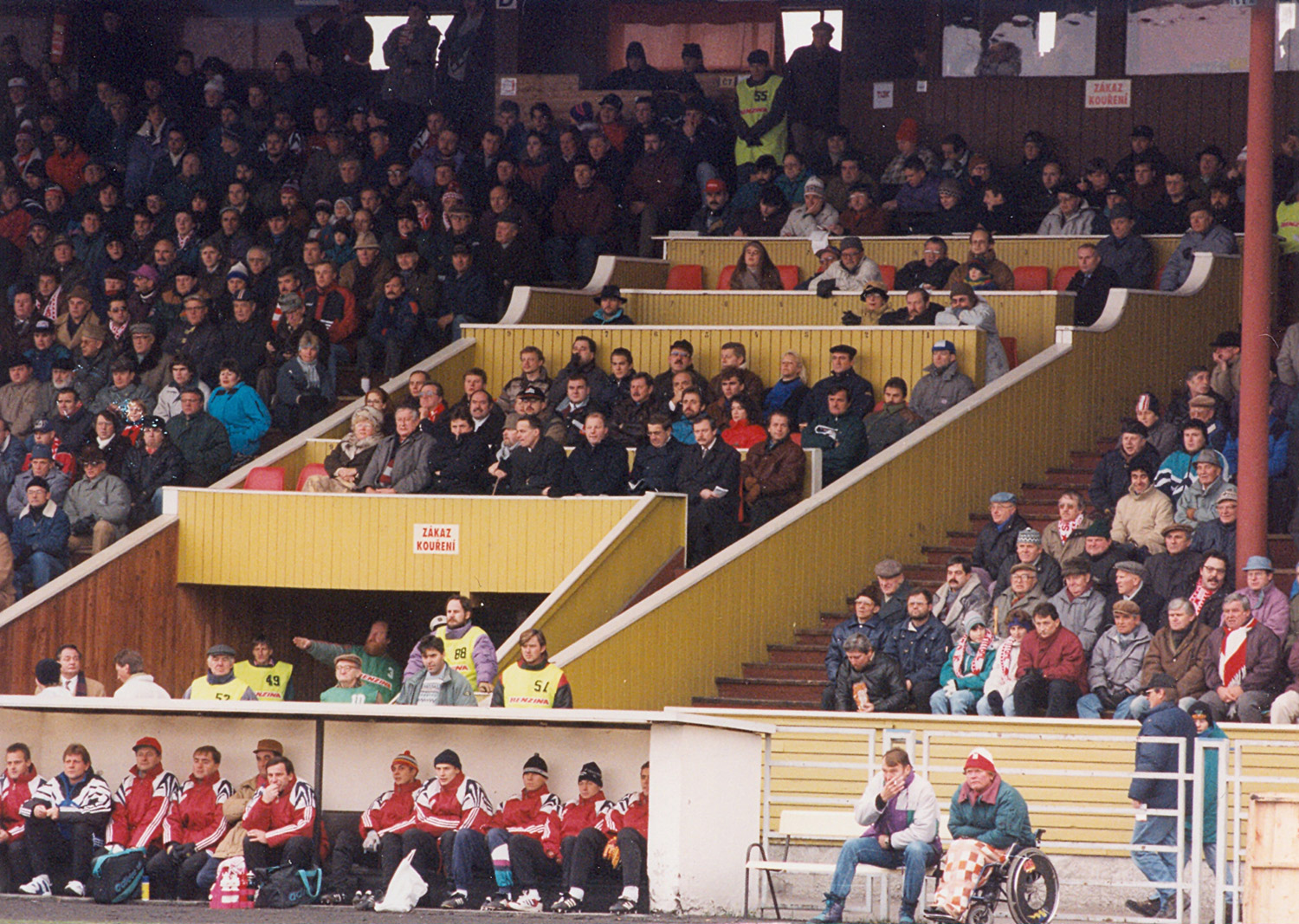 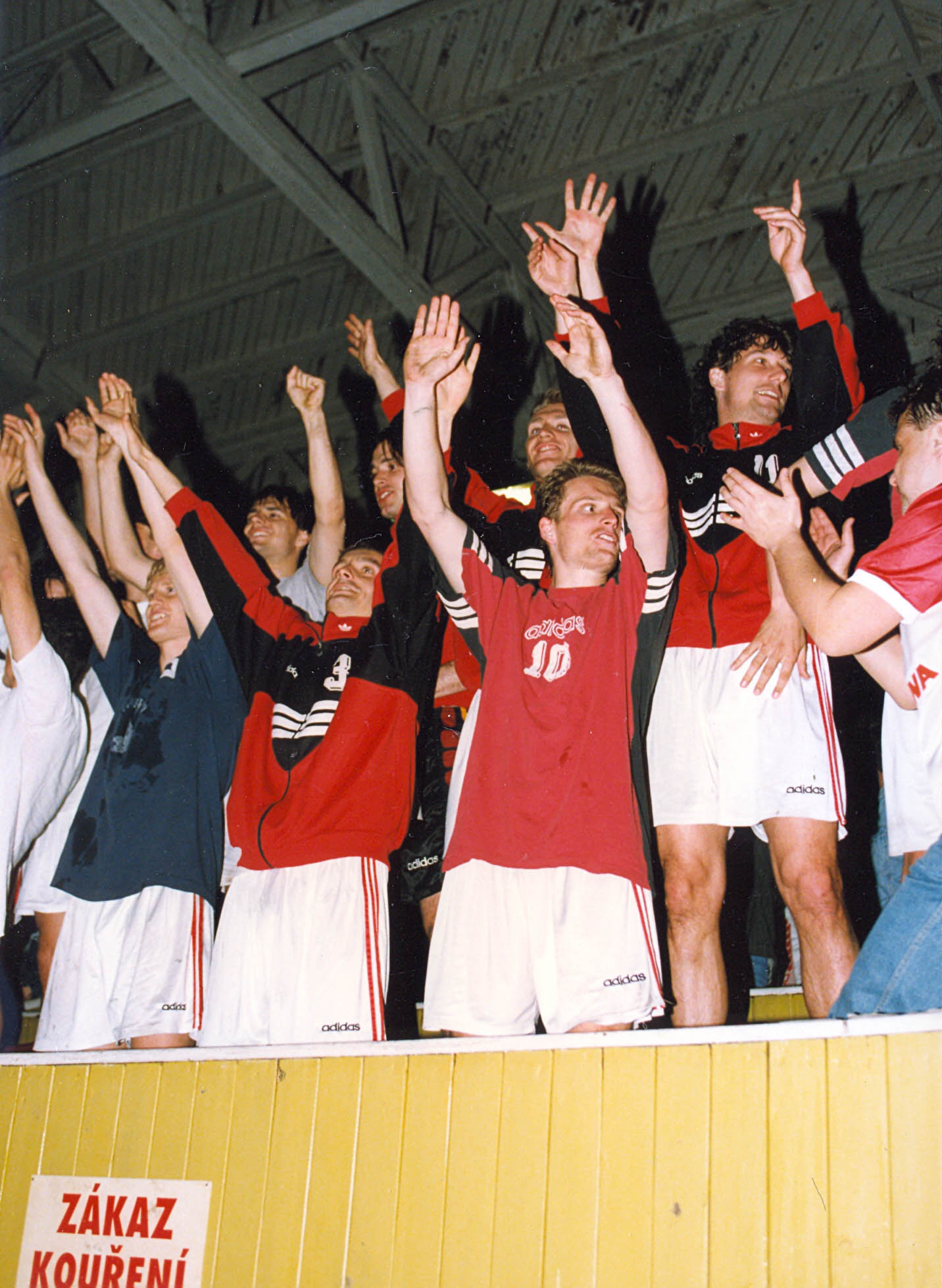 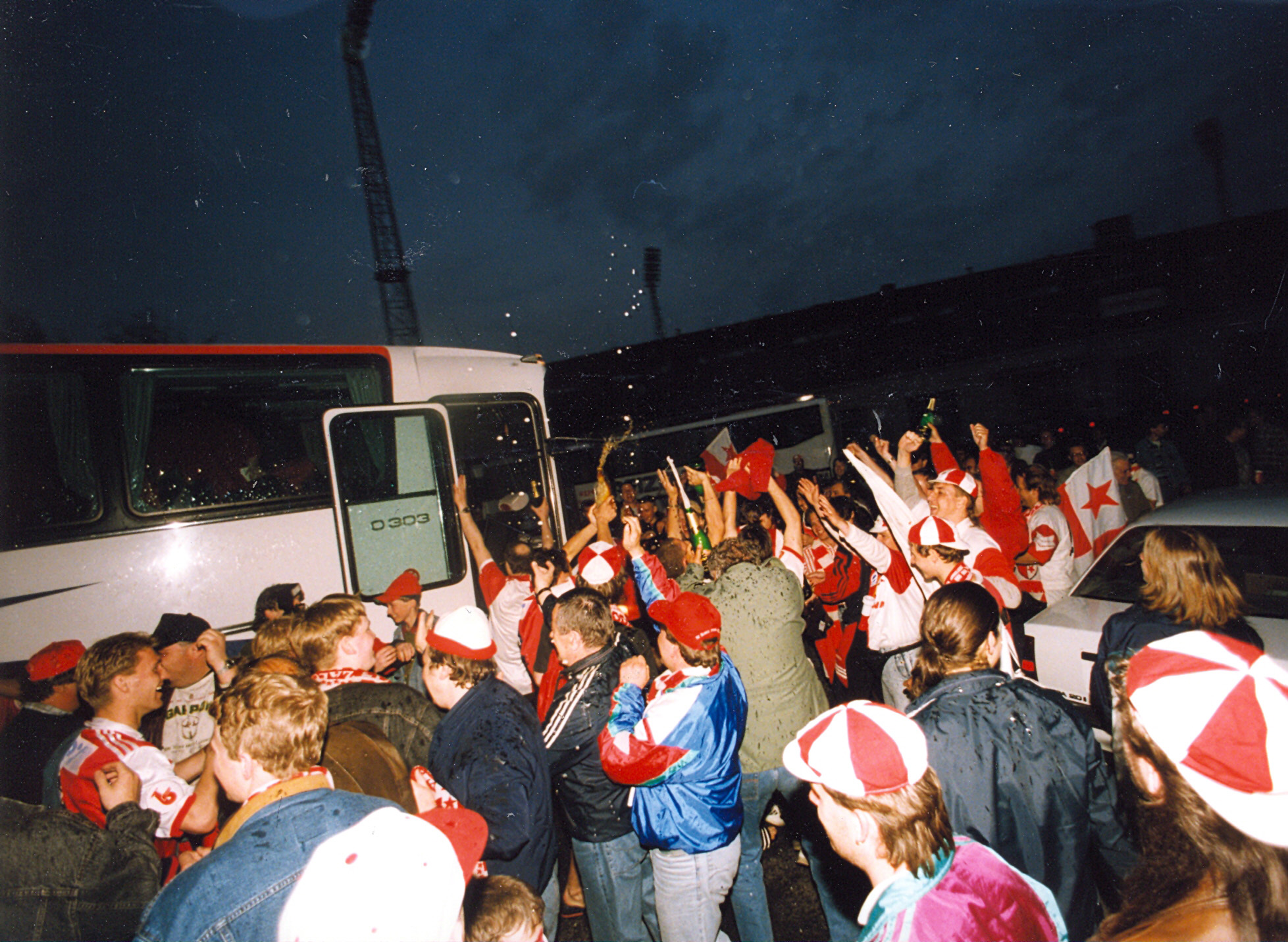 Slavia played at the Strahov stadium from August 2000 and also moved the offices there. The most memorable game was eliminating Ajax Amsterdam in the Champions League play off after a home victory 2:1 on 29th August 2007. 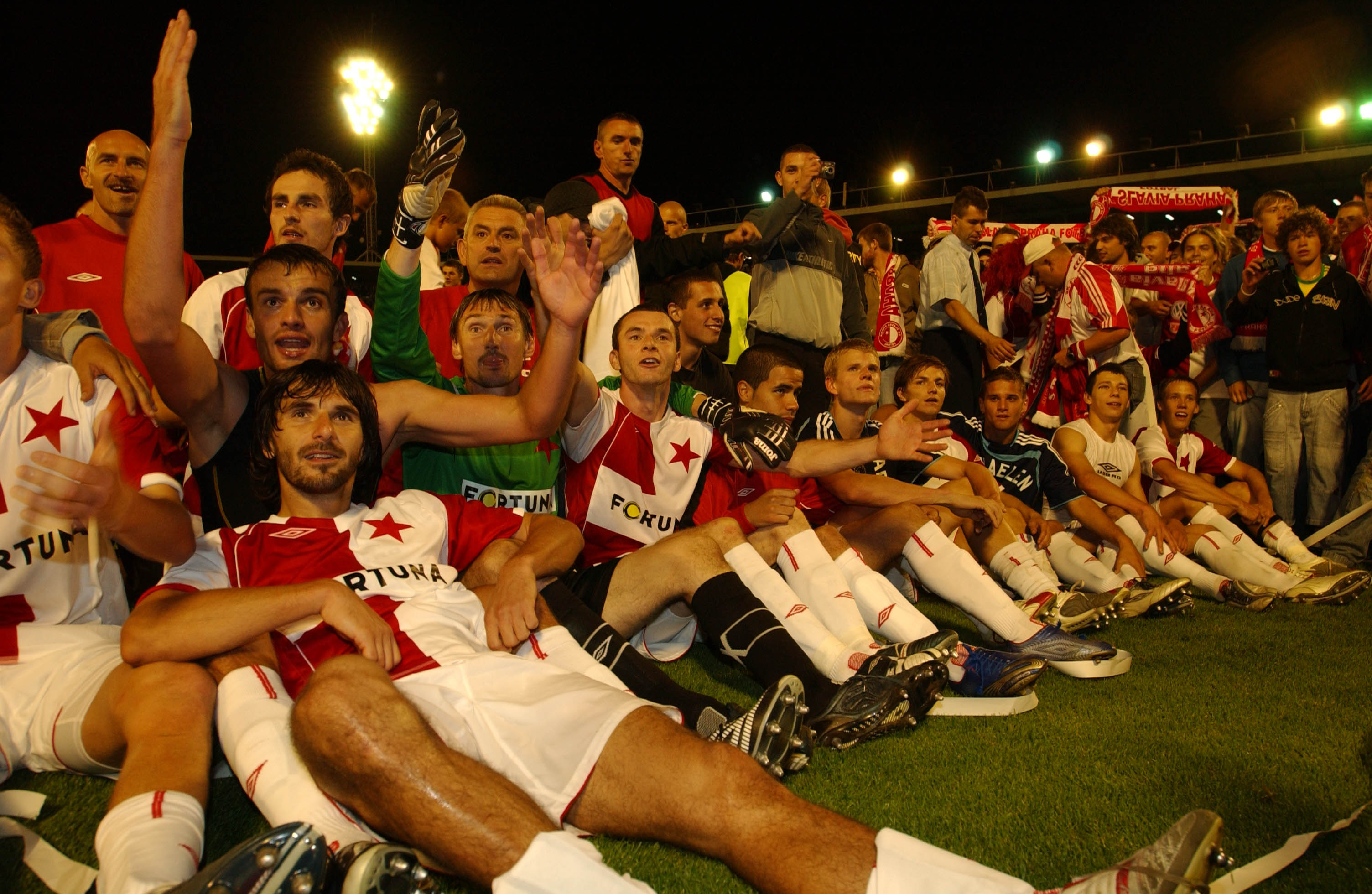 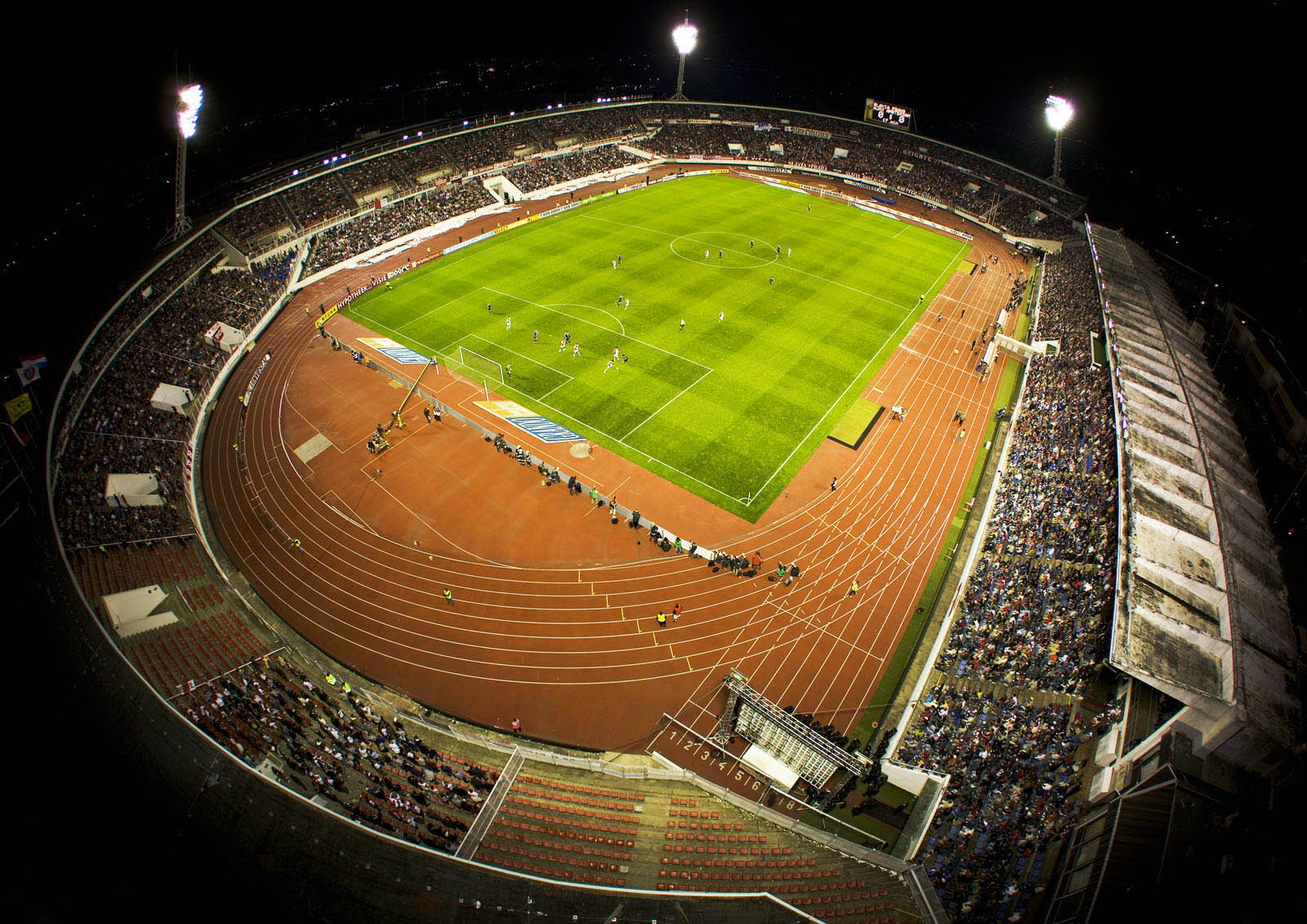 On 7th May 2008 the gate to paradise, to our new Eden, finally opened. The first game on the new pitch against Oxford University Association Football Club was a reminiscence of the game from 1899. Slavia line-up for the 5:0 game: in the top row from the left stand Krajčík, Suchý, Brabec, L. Jarolím, Kuka, Vaniak; the bottom row from the left Berger, Šmicer, Šenkeřík, Hubáček and Švento. 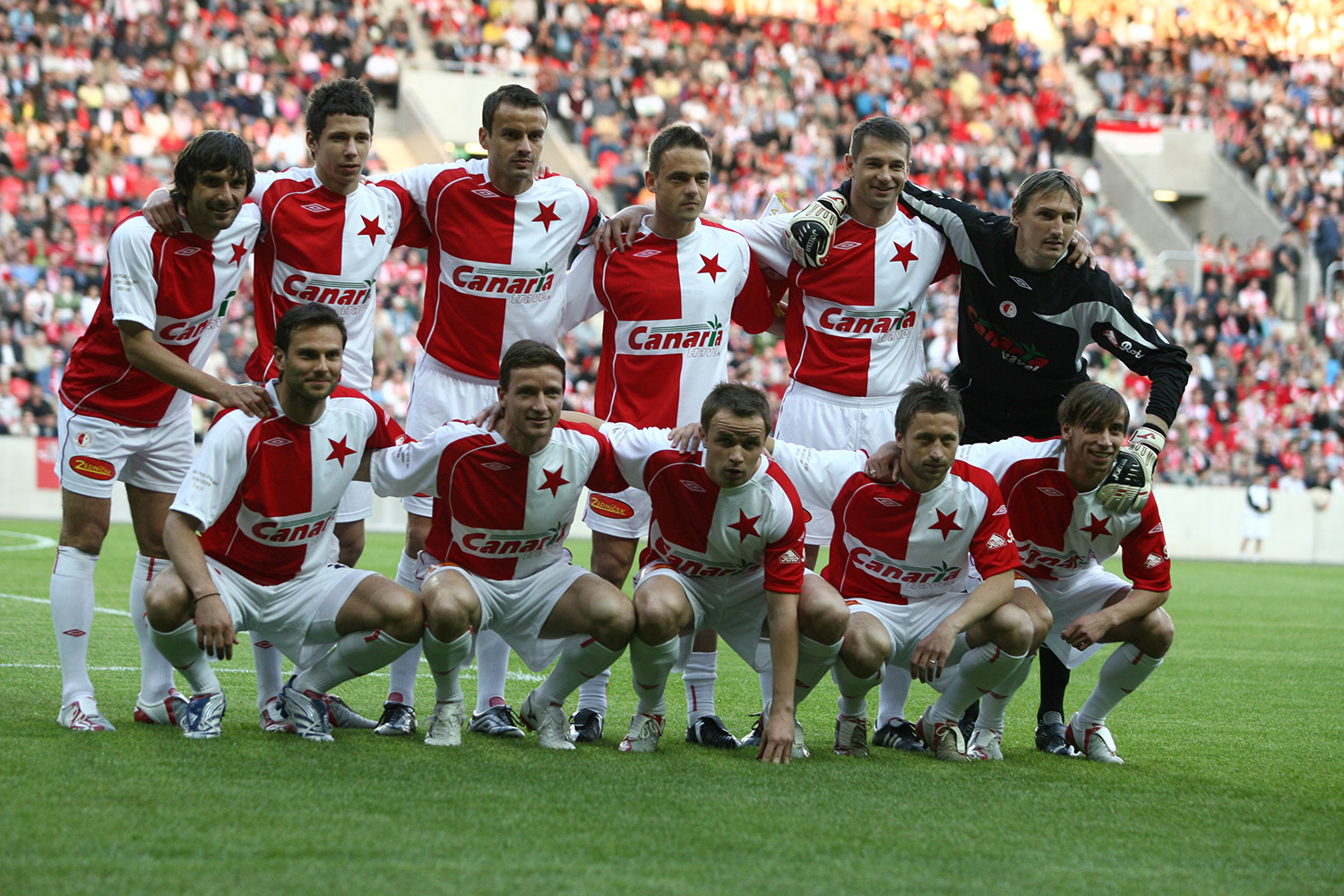